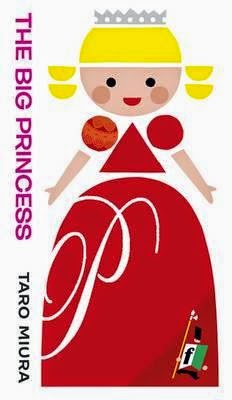 A King and Queen, in a land faraway, lived in a castle with a beautiful garden. But they had no children of their own. Then one day, a bird came to the King in his dreams and told them a child would be sent--it would be found among the flowers of their garden. But the Princess would be under a spell, and if the King and Queen could break the spell. the child will become their true daughter.

The next day, a tiny Princess is found on a dew-speckled leaf. She was so tiny, the Queen put her to bed on a feather. When she woke the next day, the Princess had grown had grown too big for the feather, so she was made a bed in a trinket box. The day after that, she had to go to sleep in a teacup, and on and on she grew, until every bed in the castle was too small.

The King had no choice. He had to move his daughter to the tallest tower--and this is where he discovered a treasure that would break the magic spell.

A classic fairytale-style book featuring a cool, tall book format, lift-the-page flaps and Miura's amazing, iconic illustrations, this is a relatively high-text story, so is best suited to kids aged 5 and up.