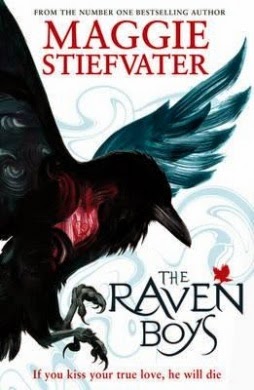 Set in small town Henrietta, Virginia, The Raven Boys is a story about 16-year-old Blue Sargent, who lives with her mother in a house full of colourful characters, friends and family who are psychics. Although not a psychic, Blue is a conduit that makes others’ powers stronger and often sits in on readings.

Since she was little, Blue has been told that if she kisses her true love he will die. Blue has never taken this seriously as she never believed she would fall in love, until the night she sees a spirit when she doesn’t have the power to and is told: “Either he is your true love or you will kill him”. ‘He’ is Gansey, a teenage boy who attends the prestigious Aglionby Academy, a boys’ school in town whose students (known as the Raven Boys) Blue has always steered clear of.

Blue’s life crosses paths with Gansey and three other ‘Raven Boys’. Troubled, moody Ronan, scholarship student Adam – who despises the extreme wealth of his friends – and the quiet, rarely present Noah, led by the determined Gansey, are on a quest to find the legendary tomb of the medieval Welsh noble, Glendower. The result is magic, supernatural occurrences, a murder mystery, racing against evil to wake up the ley line that will set them on their path, suspense and drama. Their fates are all intertwined and the unexpected usually happens.

Stiefvater has cleverly added sprinklings of humour seen in the interactions in Blue’s house as the psychics all find ways to interfere in the mission the boys – and now Blue – have embarked on. To complicate matters, her mother’s half-sister, Neeve, a famous clairvoyant, comes to stay and shakes everything up in the house and the search for Glendower.

The characters are well defined, particularly the vastly different Raven boys. Told in alternating points of view, this method of storytelling works well as there is a lot of information and back-story.

The Raven Boys is the first title in the four-book The Raven Cycle series by Maggie Stiefvater, the best-selling author of the Shiver trilogy, and The Scorpio Races. It is a young adult fantasy novel that is masterful in its ability to capture complex plot points and balance the depth of subject matter with a sprinkling of humour, suspense and plot twists. As nothing is tied up in a neat bow, the ending will make you want to run out and purchase the sequel, The Dream Thieves.