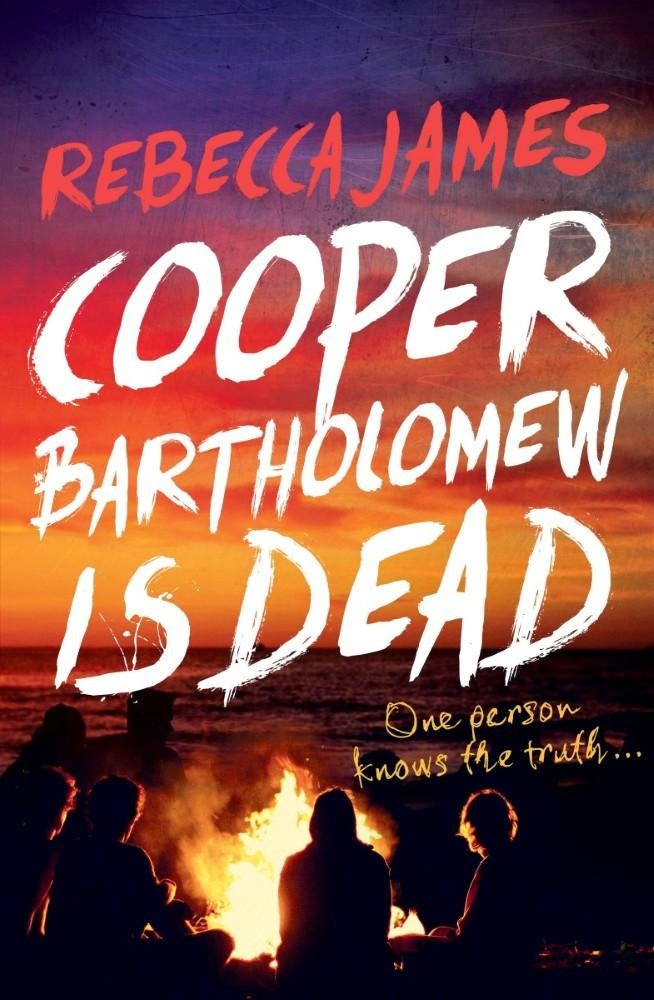 Walloma is a typical small surfing town--six degrees of separation is alive and well; everyone has some school connection, some crush, some secret to hide. There's also the typical segregation: the cool kids and brainy kids from high school never got along.

Libby is one of the brainy kids. She was once friends with Claire--one of the hot, cool chicks--but things went awry back in high school, as they often do. Now young adults, the girls' paths once again cross when Claire's ex, Cooper Bartholomew, falls head-over-heels for Libby, shaking up an already fractious past.

But that's not the only thing that gets a shakeup. When Cooper is found dead, crushed and broken, at the bottom of Bradley's Edge, both girls are distraught, but to Libby, things don't make sense. Cooper was happy. They were in love. Libby is absolutely convinced: there is no way this was suicide.

Rebecca James has once again woven a page-turning read in her latest young adult novel. Her clear writing voice and ability to live so deeply within her characters lends such authenticity and realism to her work, the reader is instantly transported to every scene--so much so, I felt compelled to google Walloma to find out where it is.

Her well-fleshed and vulnerable characters provide intense connection with the reader. I particularly love the authentic dialogue, the way the author never apologises for character flaws and never attempts to create 'fairytale' outcomes. In this way, the story sits so tightly with real life, it provokes real life reaction.

Cooper Bartholomew is Dead is an easy read, but don't let that statement deceive you. Its plot is far from simple. It's well-planned, with nicely-placed hooks and twists that will well satisfy. The 'ease' is in terms of diving inside and staying there, not even coming up for air. It's also easy in that James doesn't try to complicate the work with exhausting ornamental descriptions and sickly sentiment that do little more than impede the plot. This is in part due to the clarity of her writing, but also in her ability to evoke full, evocative scenes with just a few carefully-placed words--the mark of a fine writer.

The first chapter brought tears to my eyes and the final chapter did, too. In between was a young adult fest of drama, love, friendship, conflict, drugs, sex and suspense, as a group of young players quickly learn how devastating the effect of their actions and life choices can be.