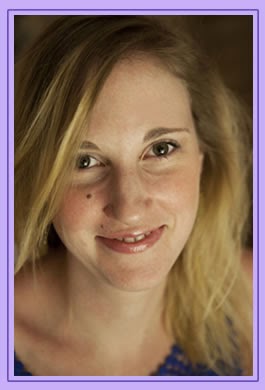 Kids' Book Review is delighted to have Amy Ewing stop by on her blog tour for The Jewel, the first book in an exciting new dystopian trilogy published by Walker Books. Amy kindly took some time out to answer our questions about The Jewel. You can follow The Jewel blog tour via the links shared below.

Congratulations on The Jewel. It’s such an interesting story. How did the idea come to you – did you start with characters and build a story around them, or did you start with the story concept and then the characters developed to bring it to life?
The concept for The Jewel came from a lazy Sunday afternoon I spent watching movies on basic cable. Taken came on, and I thought to myself, “Sure, why not? I like Liam Neeson.” For those of you who haven’t seen it, there is a scene when his daughter (the one who gets taken) is paraded onto a stage and bid on by powerful men who want to buy her as, essentially, a sex slave.

As I watched that scene, I wondered to myself what it would be like if, instead of men, it was women bidding on her. Why would a woman buy another woman? I thought at first it would be to carry their children for vanity purposes. Why go through nine months of hormones and stretch marks and dietary restrictions when you can have some other girl do it for you? Slowly the idea evolved to the point that these women needed these girls. That generations of inbreeding had caused too much chromosomal damage, and that these surrogates had the power to fix it. And so, the Auction was born, and Violet’s story came to life.

The Jewel is the first book in a trilogy. What are the challenges and benefits of writing a series? Did you have the entire storyline mapped out from the beginning, or did it continue to unfold after the first book was completed?
The best part is definitely getting to explore more of the world I’ve created and watch the characters grow and change. The hardest part is figuring out all the plot points, and getting them to blend together the way I want. The synopses of books two and three that I originally submitted when I sold The Jewel have been completely scrapped. I work pretty organically, just mapping out basic plot points and figuring out how to get there as I write. But now that I’m almost done revising the second book (yay!), the third book is becoming clearer and clearer in my mind. Let’s keep our fingers crossed it stays that way!

There has been a resurgence of interest in dystopian fiction with many teens currently reading this genre. Given the bleak social and political setting for dystopian fiction, why do you think readers find it so appealing?
I think it’s the oppression that is appealing, the idea of one person or group becoming so powerful and treating others so badly. Teens are on the cusp of adulthood, yet they still have to follow rules and listen to their parents or teachers—I think it’s cathartic for them to see a teen hero or heroine standing up to the establishment and making changes. 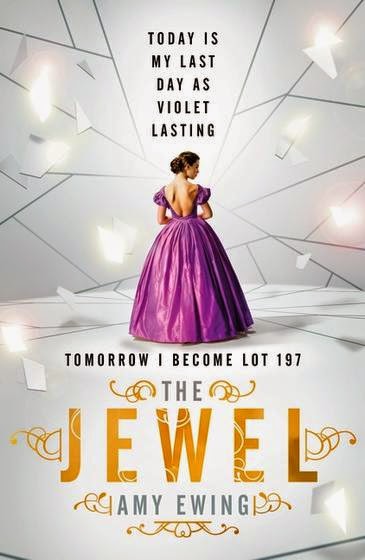 A significant plot point in The Jewel focuses on the infertility of a certain section of society. This is generally a topic that has not impacted teenagers personally. What makes this story relevant and relatable for teen audiences?
I feel it’s less about the infertility of the royalty and more about the enslavement of the surrogates that will impact the teen audience. What if they were taken from their homes and forced to carry another woman’s child? How would that make them feel? The issue I’m exploring in The Jewel is the issue of choice, of the importance of having ownership over your own body. This is extremely (and depressingly) relevant in today’s world of mandatory ultrasounds before abortions or regulations on birth control for women. Who gets to have a say about what happens to any part of your body but you? No one should, and I hope that comes through in this story.

The central characters of the novel are predominantly female and many of the significant decisions and interactions involve female characters. Was this a deliberate decision? Have you found that having such strong female characters and dynamics has influenced the way the story has developed?
Yes! That was a very deliberate decision. I love writing female dominated societies. It’s a wonderful way of freeing women from the boxes they are often put in, both in literature and in life. It certainly influenced the development of the story, though I always knew I wanted the women to rule this world. I love the dynamic between Violet and the Duchess, as well as the friendship between Raven and Violet. I adore good strong female friendships.

Do you have any hints that you can share about what we can look forward to in the next Jewel novel?
I can say that you will get to explore some of the other circles of the Lone City! And meet some exciting new characters.