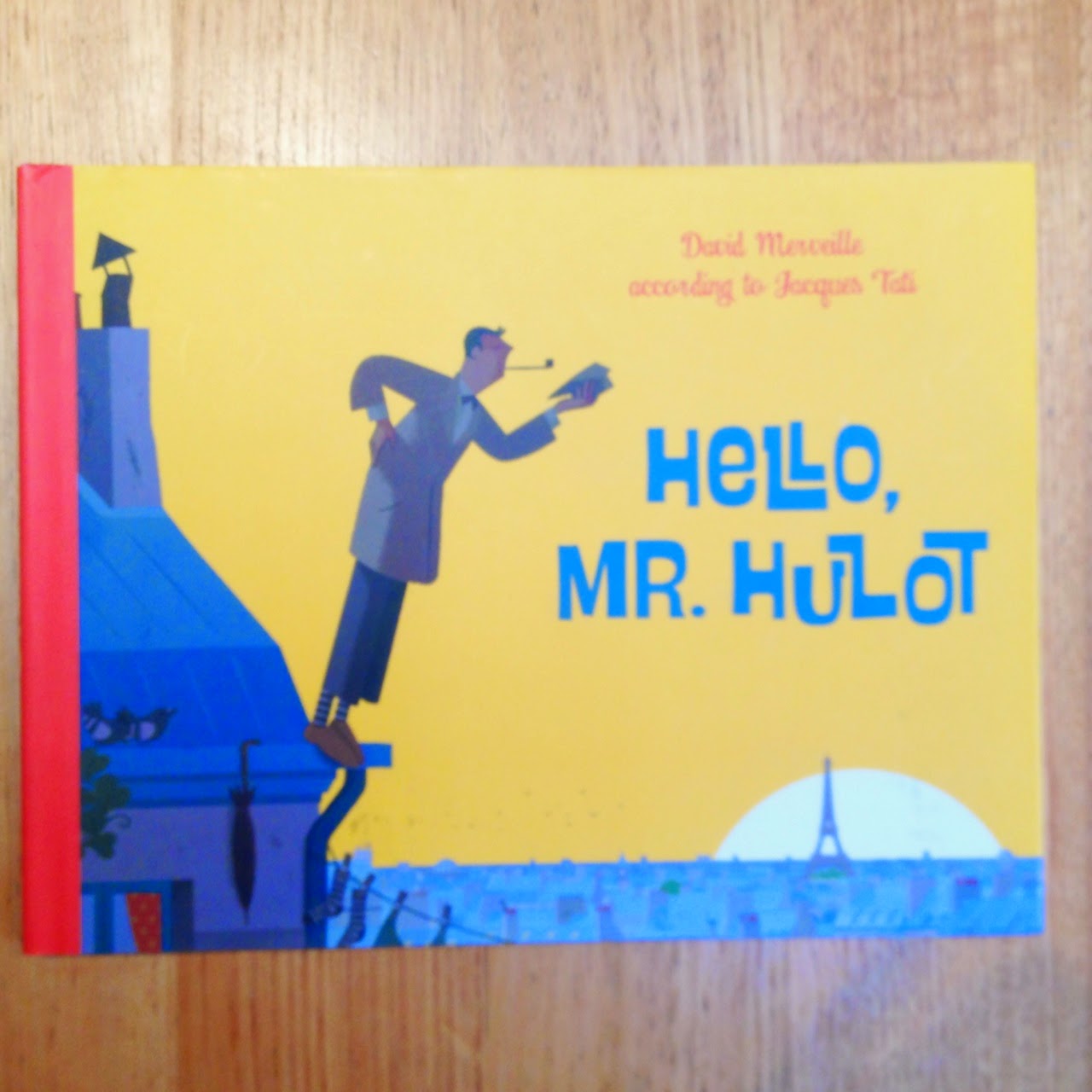 I was first introduced to Monsieur Hulot in my early twenties, thanks to a dear friend and something of a mentor. Greg and I met when I won a place in an advertising development course—he an established creative director, me a wannabe anything-to-do-with-writing. Something of a bibliophile (an understatement), Greg introduced me to such delights as Patrick Suskind, Tolstoy ... and the irrepressible M Hulot, a divinely funny character made famous by French filmmaker and actor Jacques Tati.

Tati made several films featuring his Hulot character—Les Vacances de Monsieur Hulot (1953), Mon Oncle (1959—my favourite), Play Time (1967) and Trafic (1971). Virtually dialogue-free, the films were a masterpiece in styling and design, with striking scenery and backdrops, and of course, a fabulously-conceived character whose curiosity and quirks made for thoroughly entertaining visual humour. 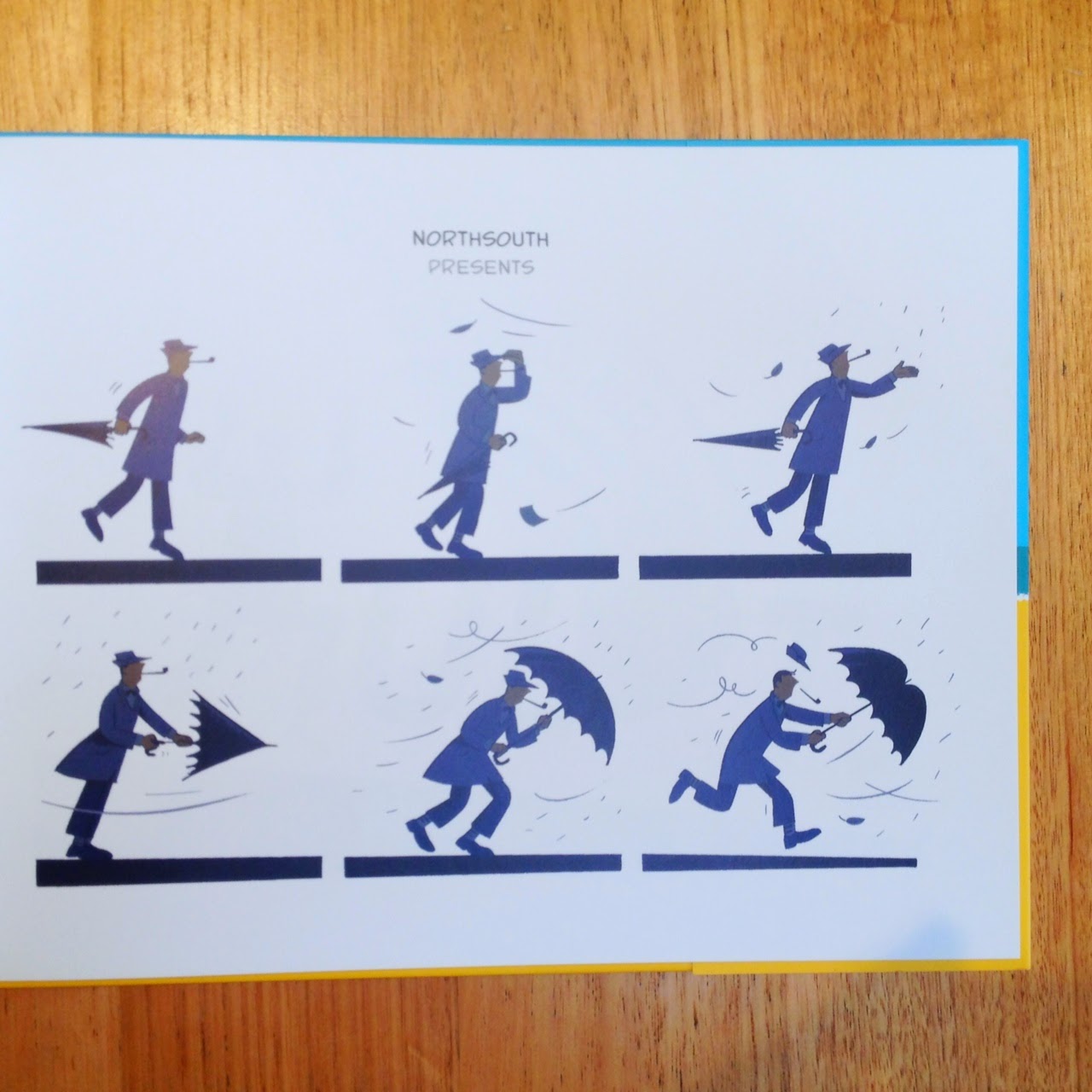 I nearly backflipped with glee when I saw this book. It sent me straight back to when I lived in Paris ... and to that moment in superstore FNAC when I bought a DVD set of Hulot films ... and to the many, many hours watching repeat after repeat and totally delighting in the masterpiece that is Hulot.

With his trademark trench, pipe, hat and brolly, author/illustrator David Merveille has created a fine 2D homage to M Hulot and his bumbling, almost-magical escapades. Laid out if cartoon-like panels, each recto page introduces a scene ... 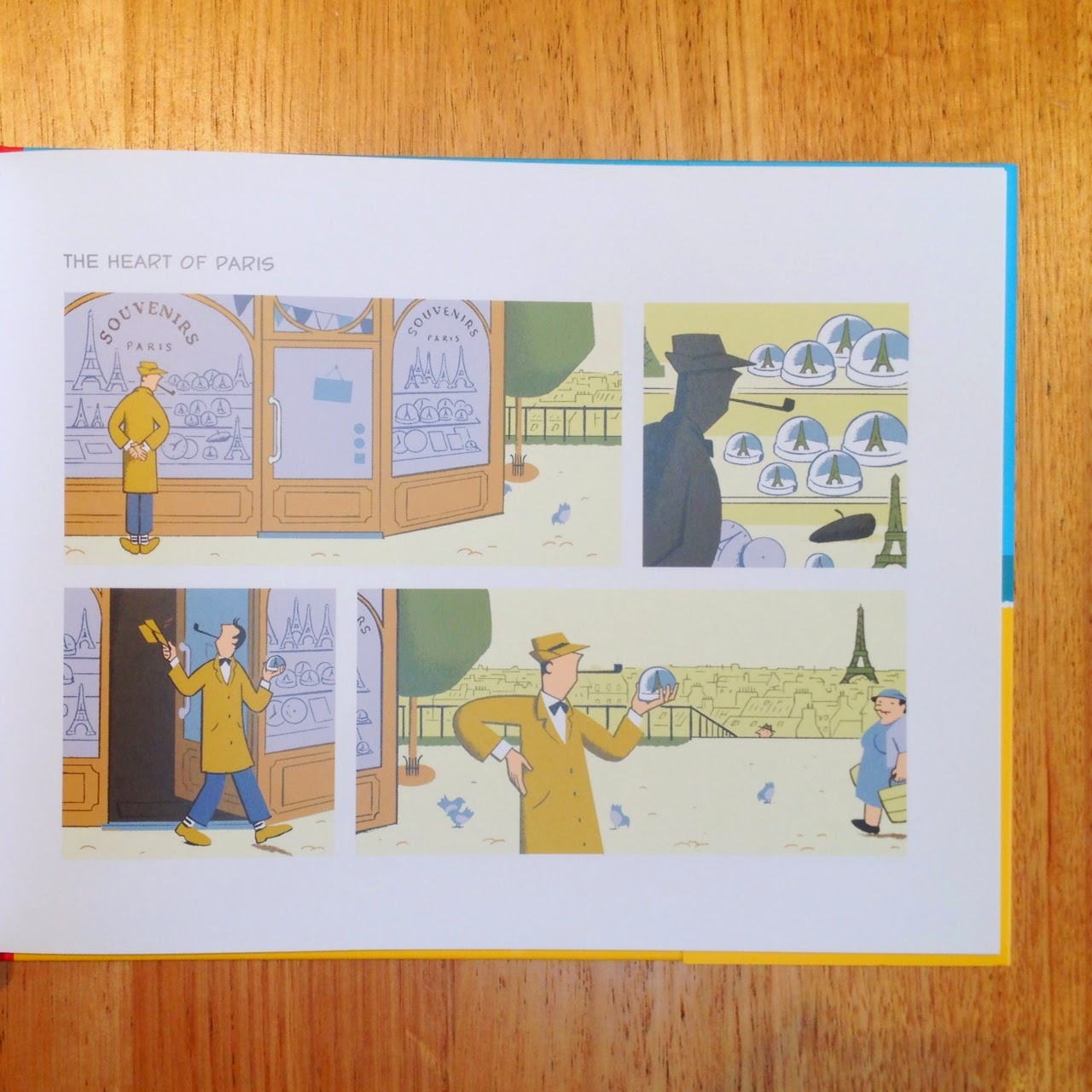 ... which is then backed up on a verso page with the magical wonder of Hulot ... 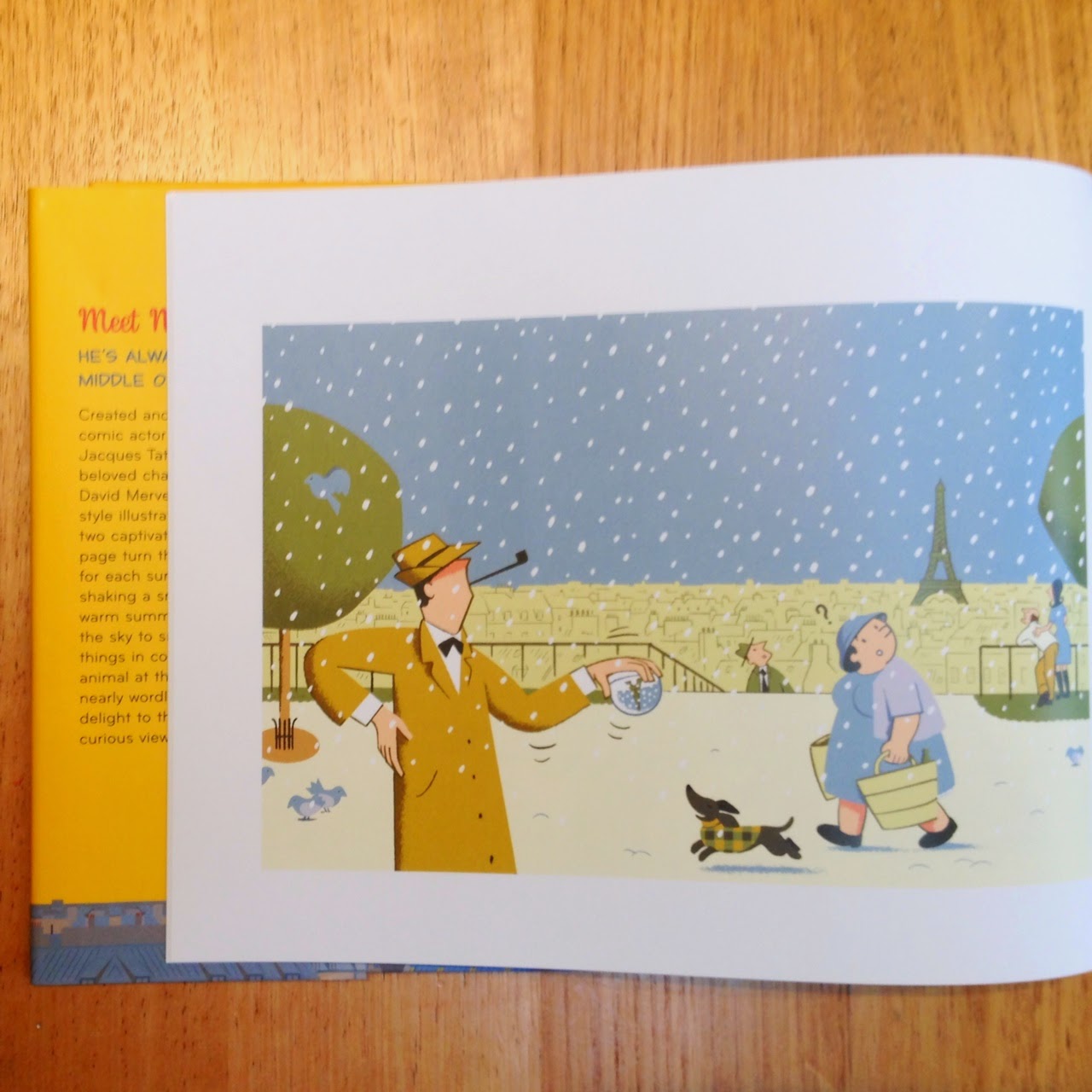 Superb, retro illlustrations are a joy to pore over, and the subtle humour is something adults will warmly appreciate. Children will also get the wordless scenarios and quirks that make this bumbling, adorable character so divine.

And if you can get your hands on some Hulot films, don't let go. 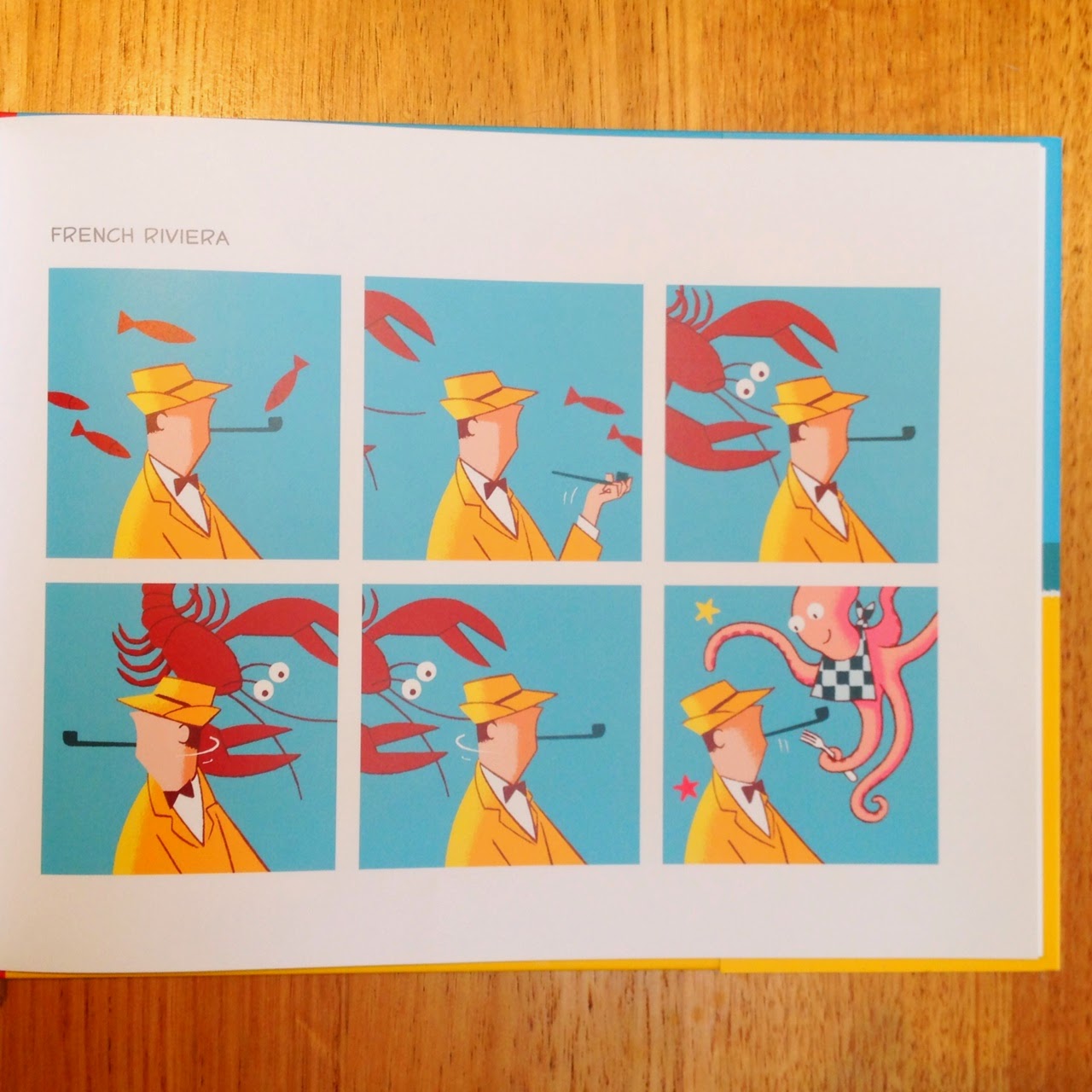 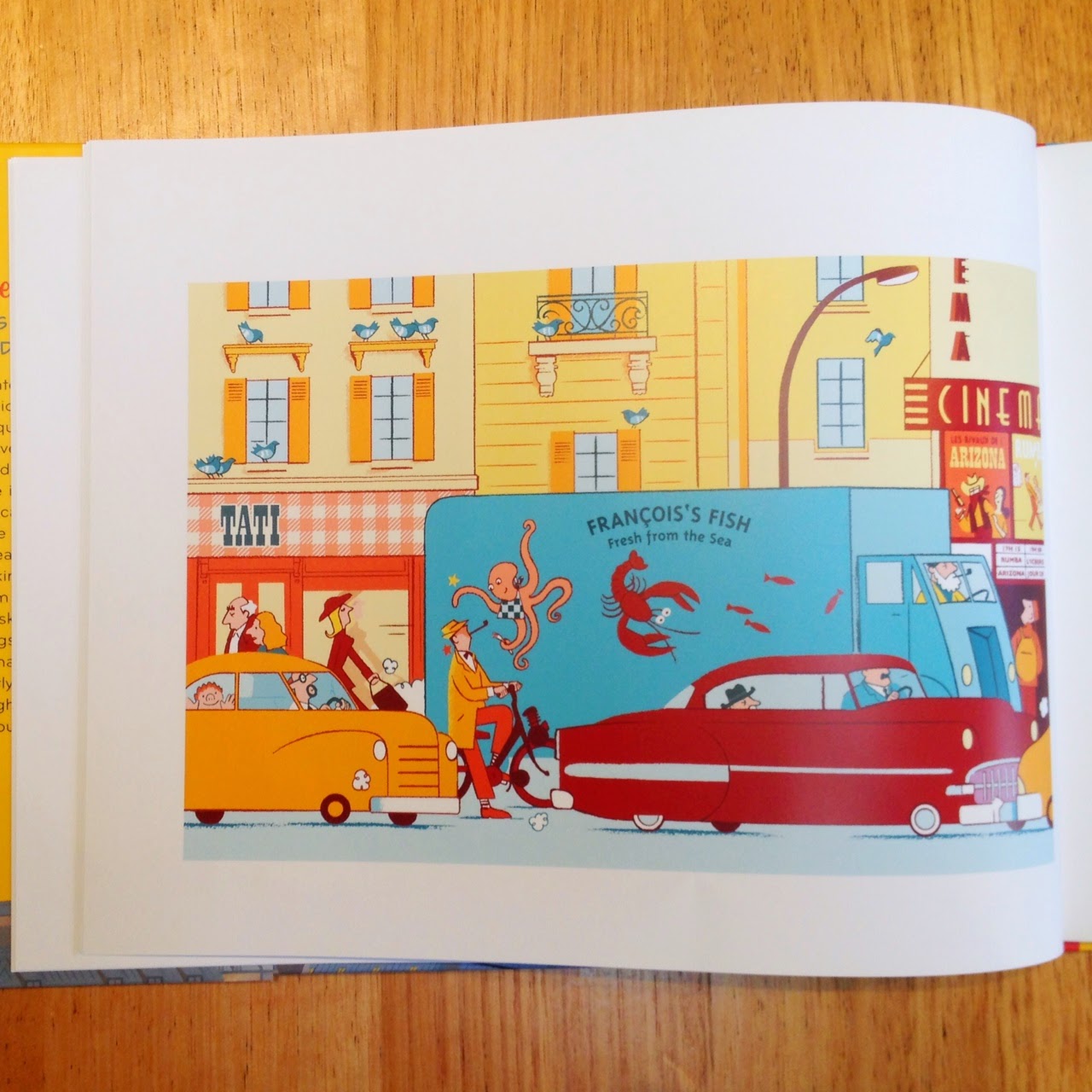