Review: The Summer of Kicks 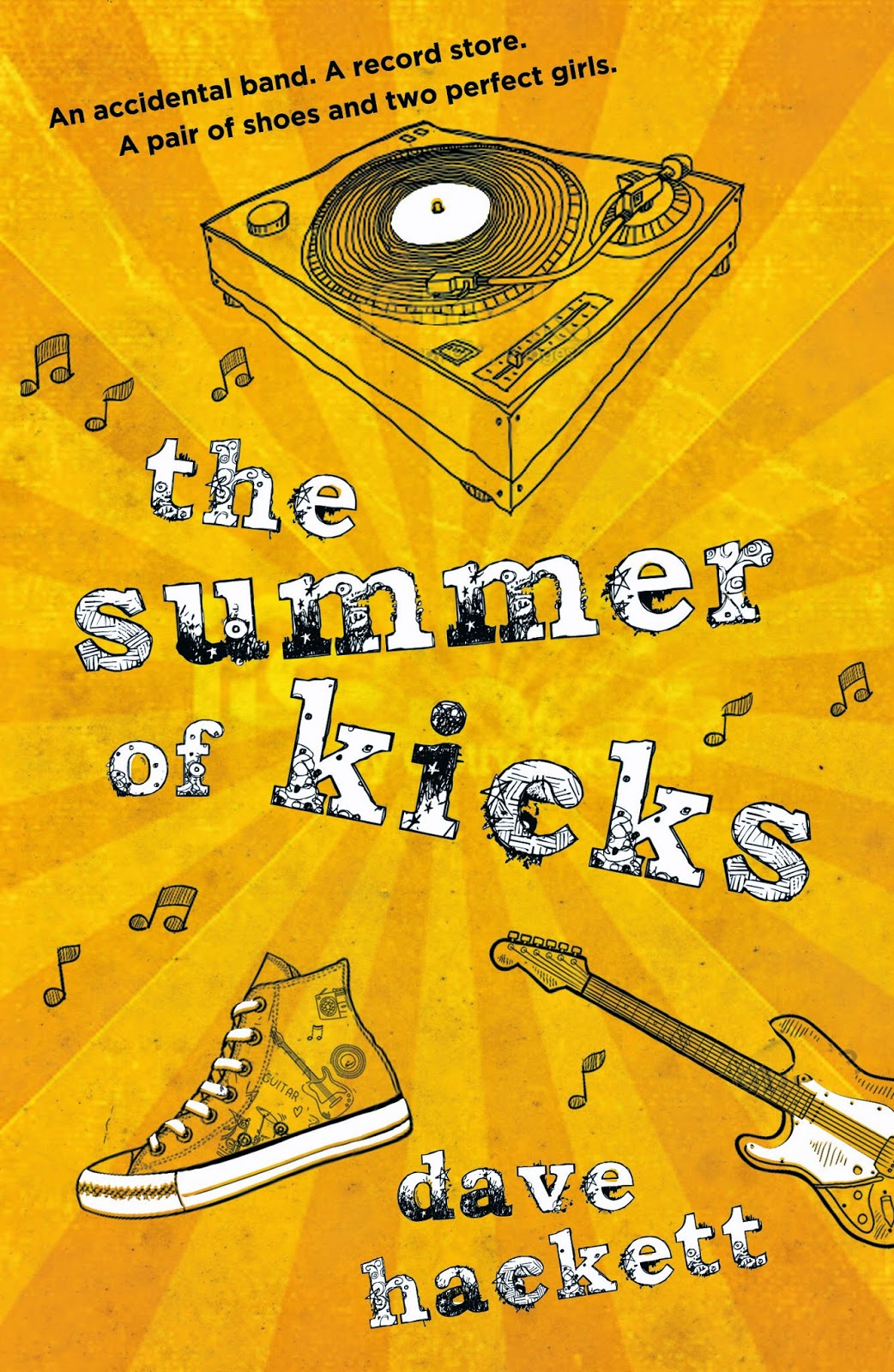 Starrphyre Jones has some issues. First, there’s his name (obviously). Then there is that fact that he’s sure that he is meant to date his dream girl Candace McAllister, except that he can’t even work up the nerve to talk to her. His mother is a radio sex therapist, his sister’s boyfriend is a bully who just happens to be sharing Starrphyre’s room, and his friends have put his name down to try out for the lead role in his high school musical.

About the only thing Starrphyre has going for him is a pair of awesome shoes, but will that be enough to get him through this Summer of Kicks?

Funny and quirky - that’s Starrphyre Jones and The Summer of Kicks. It’s a blend of high school romance, coming of age and family drama all mixed together with a great music sound track and the kinds of snappy one-liners that we all wish we could come up with when the situation demands.

The Summer of Kicks is a young adult novel by Australian author Dave Hackett. Best known for his cartooning books and appearances on Toasted TV and It’s Academic, ‘Cartoon Dave’ brings the offbeat humour so readily seen in his drawings into the pages of this book with witty dialogue and quirky characters.

This is a novel that will really connect with those kids who always feel a little bit outside the mainstream of high school life. Amidst the entertaining dialogue and slapstick humour, there are also some quite poignant moments as Starrphyre wrestles with friendship and family issues and his own sense of identity.

Some of the funniest moments come from the attempts by Starrphyre and his friends to start a band, particularly when it comes to finding a name. The high-speed school musical offers plenty of laughs as well. There are lots of classic rock and indie band music references and you might even notice Cartoon Dave making a cameo if you pay attention.

I did find it took me a little while to settle into the rhythm of the story. Starrphyre’s narration has a kind of breathless rush to it in the early chapters, as he overthinks events and his internal dialogue attempts to make sense of what is happening in his life. It didn’t take too long, however, before I was on board and enjoying this very different and endearing protagonist as he made his way through the challenges of family, friendship and romance.

The Summer of Kicks is laugh out loud funny, surprisingly thoughtful and a little bit outside the square. It’s a teen romance for those who like their romances a little off-beat rather than schmaltzy and a high school story for those whose experience of school is more sidelines than centre stage.
Definitely a novel for those teens looking for something a little bit different.

You can read a sample chapter of The Summer of Kicks here. It is worth noting that there are sexual references within the story (the characters are in their late teens), so the recommended age is 15+.