Review: As Red As Blood 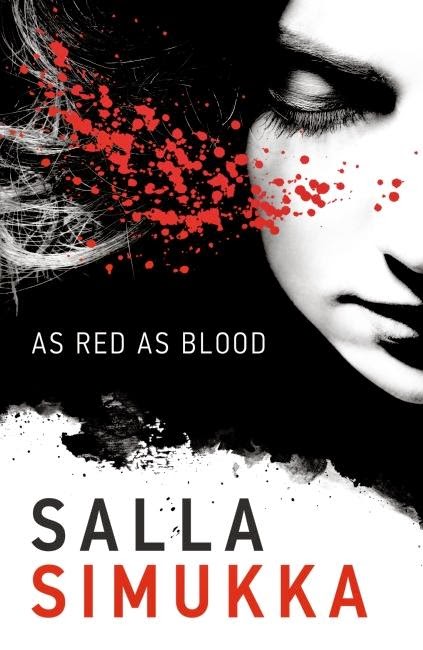 It's winter in Finland. Everywhere is ice and snow; it's cold, bleak and white  … except for the slowly expanding pool of crimson that surrounds Natalia Smirnova's head as she lies dead in a snowdrift. So begins As Red as Blood, a thriller in the same vein as The Millennium Trilogy (Girl with the Dragon Tattoo, etc), but written with a young adult audience in mind.

For those familiar with Stieg Larsson's trilogy, Lumikki Andersson is our Lisbeth Solander. She's seventeen, lives by herself (despite still being in high school), and has a past that she doesn't like to think about too often but which has left her with some useful skills in the areas of deception and self-defence.

She's also smart, really smart. So when she arrives at school one morning and finds a load of newly washed money hanging up to dry in the photography lab's darkroom, her brain instantly kicks into gear.

Where has the money come from? Who put it in the darkroom? And what — if anything — should she do about it? It's not long before she's discovered who the culprits are, but what she didn't count on was being mistaken for one of them. Now she's firmly in the sights of an international drug ring and her life is well and truly on the line.

This is a fast-paced read that will appeal to anyone who enjoys 'Scandi lit' or 'Nordic noir', as I've recently seen this genre described. Combining dark elements of well-known fairytales with the more traditional thriller components, it's also the first in the Snow White Trilogy, with As White as Snow and As Black as Ebony to follow.