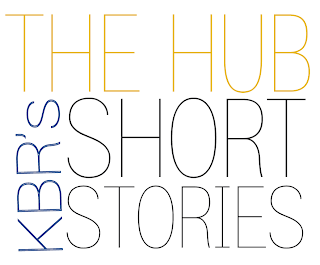 The narrow village street is squashy with people. Children perch on their fathers’ shoulders craning their necks to be the first to see. It only happens once a year. The circus is coming.

They wave and cheer as the jugglers lead the parade, followed by a fire eater and a trio of clowns who grasp the hands of shrieking children and shake them vigorously.

Then she appears. Everyone’s favourite, ambling towards them, a colourful banner across her huge flanks advertising the circus show times. The crowd steps back a little, partly because of her immense size and partly out of respect.

‘Mona,’ call the children. ‘Hello Mona.’ They wave excitedly. Mona lifts her trunk and waves back.
‘We love you Mona.’

The parade ends. The villagers return to their everyday business. The children run to the field to watch the circus folk erect the Big Top, hoping to catch a glimpse of other surprises in store for them. But the circus folk shoo them away and tell them to come back tomorrow for the first show and to bring their money with them!

The following day Mona’s keeper has some business to attend to at the village hall. Mona accompanies him on his walk, as she likes to do. They are best friends. He ties her up outside the hall. Mona doesn’t mind. She can wave to passers by and sample some delicious greenery growing in the churchyard next door by stretching her long trunk over the wall.

Having conducted his business, Mona’s keeper unties Mona and together they stroll back to the circus field. Children follow behind with their questions and giggles. Mona’s keeper says, ‘Off you go children, back to your houses and don’t forget our first show is tonight. Bring your families and your money.’

But Mona begins to groan. Her stomach hurts. ‘What’s up old girl?’ says her keeper gently. She tries to lie down, and then stands again not able to get comfortable. Trembling and cold she eventually collapses. The circus folk gather round sensing that something is wrong. Her sister elephants call out to her. She calls back in pain.

Yew trees traditionally grow in church yards. They’re a symbol of sorrow. Mona didn’t know. She didn’t know the leaves are poisonous. The hours pass. She can’t be saved.

The first show is cancelled. The villagers mourn, the circus folk mourn, Mona’s keeper, her best friend, mourns and Mona’s sisters continue to call her, waiting for a reply. But there is no reply.

Whispering tearfully, the circus folk huddle together. ‘We can’t bury her. She’s too big. What are we to do?’

Her heartbroken keeper remembers the nearby bone mill where fine bone china is created. Beautiful cups, saucers, plates and bowls, all made from the bones of animals blended with clay and stone.  Fine Bone China.

Mona’s body is carried to the bone mill.

Mona’s bones will twinkle in tea cups and sparkle in saucers. A reincarnation of sorts.

Author’s Note:
In 1898 a circus visited Hanley in England. Mona, while tied up outside the People’s Music Hall in Glass Street ate yew leaves from the adjoining church yard and died that day from their poison. Her bones were taken to Jesse Shirley’s Bone and Flint Mill at Etruria to be used in the manufacture of fine bone china.


Tricia Simmons is passionate about children’s literature. She writes poems and short stories, many of which have been published in magazines and anthologies. She occasionally blogs here.