1. Can you tell us something hardly anyone knows about you?
My first novel – it was never published – was written entirely by hand, all eighty thousand words of it, two or three times over in various drafts. That seems incomprehensible to me now, when I write everything on a computer, and use a pen and paper so rarely that I can barely sign my name anymore. But I was only eighteen at the time, it was 1985, and personal computers were still pretty rare.
I did have a typewriter, but for reasons I can’t recall now, I preferred to write in ink. It wasn’t until a friend of my parents offered me the use of his office computer, over weekends, that I typed the thing up and sent it off in the vain hope of finding a publisher.

2. Do you have a nickname and if so can you tell us what it is?
Never had a nickname – at least, not one that I’ve known about.

3. What is your greatest fear?
White whales – see below.

4. Can you describe your writing style for us in ten words?
For the Ship Kings – haunting, suggestive, building slowly to grand climaxes.

5. Can you tell us five positive words that describe you as a writer?
NO vampires, zombies, superheroes, wizards or dystopias. (Not that there’s anything wrong with those things – but enough already.)
6. What book character would you most like to be, and why?
Captain Ahab from Moby Dick – never has grimness been so cool. To stalk ghostlike about a doomed ship by night at sea, delivering brooding soliloquies on fate and vengeance, while the crew cowers in fear of you – does it get any better? Of course, he comes to no good end when he confronts his white whale … but the best characters never do.

7. If you could time travel, what year would you go to and why?
April, 1770, Australia. It’d be quite something to stand on the shore of what is now New South Wales and watch as the Endeavour first approaches the coast. It wasn’t the first European ship to visit Australian waters, of course, but it was the one that led most directly to European settlement. Yet the vessel itself would have looked so small against the vastness of the coast and against the great land spreading westwards; a tiny contraption of wood and canvas, vulnerable to storm and wreck.
Moreover, it would merely pass on by to vanish northwards, and for another twenty years nothing else would appear, as if the apparition hadn’t even been real. And yet that single tiny ship, and that one fleeting visit, signaled upheaval beyond imagining for the entire continent and its inhabitants.

8. What would your ten-year-old self say to you now?
He’d be thrilled to bits that his adult self was getting to draw maps to his own fantasy world. He wouldn’t care about the writing so much – he’d just love the maps.

9. Who is your greatest influence?
The farm I grew up on – a flat, square mile of wheat-growing land set in the middle of the wide, treeless, black-soil plains of the northern Darling Downs, all beneath the emptiest of skies. Nothing shapes your mind so much as your childhood landscape.
10. What or who encouraged you to start writing?
In part, it was two of my school teachers - one in Grade 6, one in Grades 11 and 12. The first led me to discover that I enjoyed writing, the second inflamed the passion more seriously. But no doubt the biggest influence of all was that I grew up in a house overflowing with books and was always reading, and for that I’d have to thank my parents.

11. What is your favourite word and why?
Indeed. I use it far too often. I can’t really explain it, somehow it just seems a great way to start a sentence. Indeed, if it wasn’t for my editors cutting the word out most of the time, half the sentences of my novels would start with it.

12. If you could only read one book for the rest of your life, what would it be?
I’d prefer no books at all compared to just one – one book would just be too cruel. 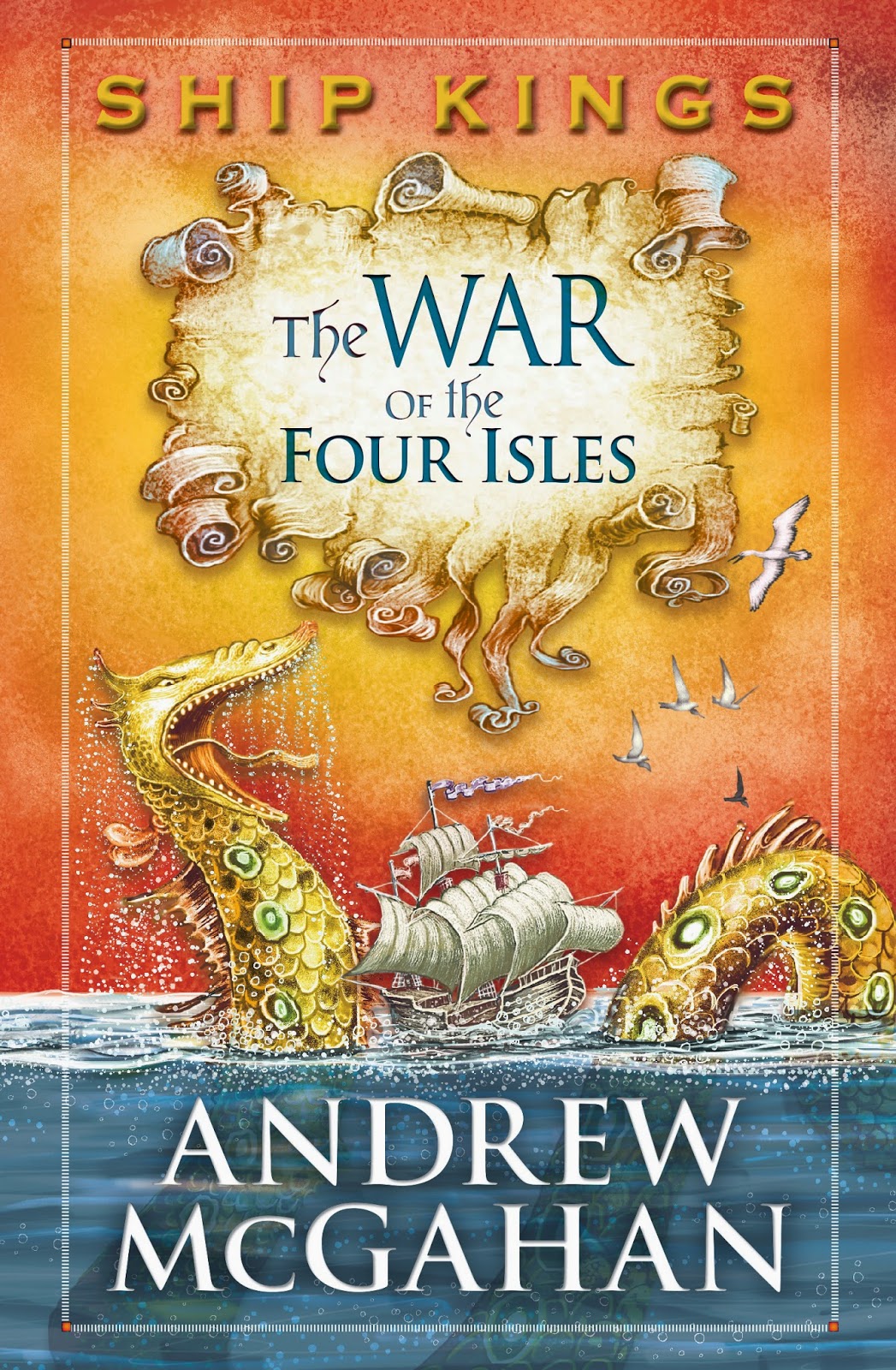 Andrew McGahan is an award-winning Australian fiction writers. His latest book, The War of the Four Isles, is published by Allen & Unwin and is the third book in the Ship Kings series, following The Coming of the Whirlpool and The Voyage of the Unquiet Ice. Visit the Ship Kings website to find out more about the series as well as information about Andrew and his other books.