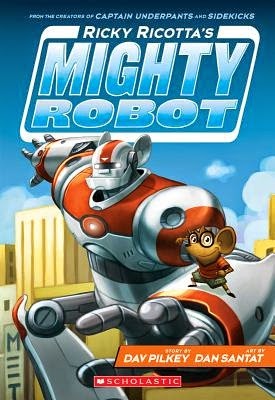 Ricky Ricotta has a problem. He doesn’t have many friends and bullies pick on him all the time. Ricky’s life is changed when he takes the time to save the life of a mighty robot. Now Ricky has an amazing new friend and he isn't lonely any more.

Together, Ricky and his robot have some amazing adventures, saving Squeakville from a variety of evil villains.

The popular Ricky Ricotta’s Mighty Robot graphic novel series by Dav Pilkey has had a makeover, featuring all new colour illustrations by Dan Santat. A fantastic next step for young readers wanting to start chapter books, the Ricky Ricotta stories are filled with action, adventure and humour sure to keep kids engaged.

The short chapters feature numerous illustrations, colourful pages, and occasional comic-strip style sections in a graphic novel format. These latest editions no longer include how to draw instructions for the main characters, however the Flip-o-rama sections remain, with readers able to quickly flip through several pages to reveal a sequence of illustrations that have an animation-like appearance.

You can find out more about the series at the Ricky Ricotta page of the Scholastic website. 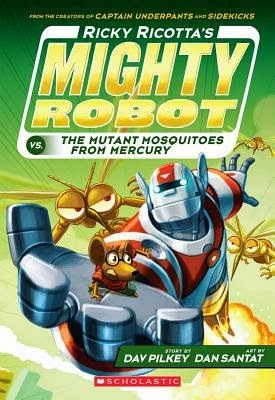 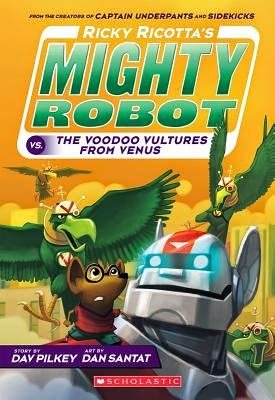