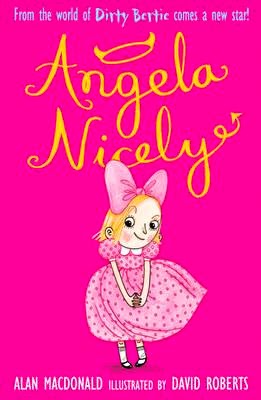 Angela Nicely is the kind of girl who's always getting up to mischief or into trouble … but it's not her fault, honestly! After all, if Mrs Skinner comes to school with completely different hair one day, then Angela just has to find out whether it's a wig.

And if annoying Tiffany is going to be a model in the Poppets' fashion catalogue, then surely Angela should be as well?

And if all the instructors at Angela's mum's spa break are eating chocolate, well, then why can't Angela and her mum have some? It's just not fair otherwise!

By the creative team behind the very successful Dirty Bertie series, Angela Nicely has the same hilariously inventive appeal. Two books have been released in the series: Angela Nicely and Angela Nicely: Queen Bee!. 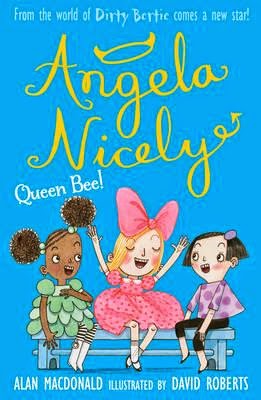 Each contains three stories, with Angela Nicely: Queen Bee! seeing Angela matchmake her teachers, come up with a plan to make a fortune selling homemade lemonade, and teach a couple of bullies a lesson.

Perfect for independent readers and good fun for Mum and Dad too!