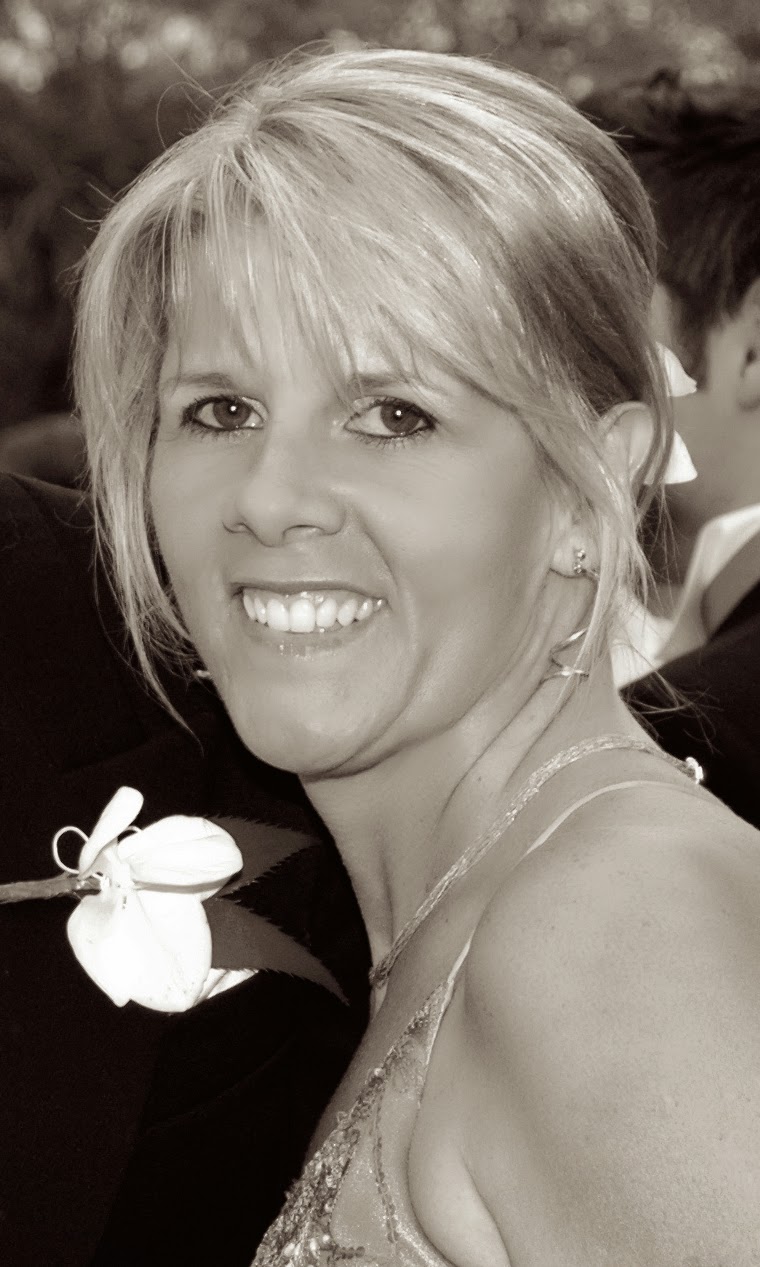 Since Belinda's win, she was approached by an independent publisher who fell in love with one of her picture book manuscripts - ANZAC Ted - which will be released this November. Here, Belinda tells us about her little dream come true.

Congratulations, Belinda! How long have you been writing?
Gosh, I’ve been writing for almost as long as I can remember! I rediscovered my first ever picture book just the other day. It’s called How to Be a Nurse, and was written and illustrated when I was seven.  It’s quite hilarious, (though I was dead serious at the time) and spouts such witticisms as: 'Nurses are very lucky if they have a BRIGHT doctor that likes them, for usually he helps you to get out of TROUBLE that you could easily get into!' Obviously I’d read too many nursing adventure books! But my passion for writing was evident very early on.
Motherhood opened up new avenues of inspiration, and when the kids went to school, I started to use my time alone to write more seriously. I guess I felt it was only a matter of time before I’d catch my break, and I just kept writing (and drawing and painting) and waiting for that day.

Have you always dreamed of illustrating your own books?
I can’t really stop illustrating my own books, so yes, I suppose I have! I’ve been drawing since I was tiny – my first masterpiece was a lovely crayon-on-chest of drawers, when I was three, and in primary school I remember a crocodile of kids lining up to have me design their exercise book 'title pages' for them. (We had a lot of title pages back then!)
I studied elective art in high school and college as well as graphic design some years later, so it’s a huge thrill to be asked to illustrate my first picture book as well as write the words. I also find writing and illustrating help each other out – I can better understand what characters have to say once I can 'see' them, and vice versa.

Have you tried submitting to publishers before? What's happened?
Yes, and unfortunately the rumours are true – it’s often quite hard to find that perfect mix of timing, content and actually getting your work in front of someone for long enough to get it noticed.
My first picture book was accepted back in 1993 but didn’t make it past the 'dummy book' stage, as the children’s arm of the company unexpectedly closed before we went to print. I’ve been submitting on and off ever since. I probably spent more time writing and drawing than I did actively sending things out there, but I’ve definitely spent some time in the slush pile.
Fortunately, winning the KBR Unpublished Manuscript Award last year got my work in front of the right noses, and to have had a publishing contract come out of it is a dream come true.
How daunting is it to be seeking a publisher in this current market?
Well, I’m no expert but for different reasons I think it’s always been daunting. Just ask Charles Dickens whose publisher was so lukewarm on A Christmas Carol that he published it on his own account, or J.K. Rowling, who was rejected by nine publishers before Bloomsbury took a chance on Harry Potter!
The current market of course faces a whole new set of challenges, with the consolidation of major publishing houses and the challenges thrown up by e-publishing, the closure of big book chains, etc. But I also think this brings with it new opportunities. So maybe this means some books which wouldn’t usually have had a look-in, will be considered now. I don’t know – I’m just excited to be a part of the ride. I think publishers are doing an incredible job innovating in a tough market, and being a Gemini, I’m really quite a fan of change, so I say bring it on!

Why did you decide to enter the KBR Award?
My daughter notified me of the KBR Award. Until then I had never entered a competition, especially since picture book competitions seem to be as rare as hens’ teeth! I read about KBR and the competition itself, and decided it was a great opportunity to get some serious feedback from industry professionals. That was a real carrot for me.
Of course the first prize, which included an introduction of the winning manuscript to the legendary Sue Whiting at Walker Books, was also a major incentive, but as I never really thought I would win, I considered that more of a beautiful, but unattainable dream. And whoa! Look what happened! I not only won the competition but had three other manuscripts highly commended. You could have knocked me over with a fluffy bunny slipper!
Would you recommend other creators enter competitions and awards?
Unhesitatingly! Awards mean your work gets seen. Better still, if the judges give feedback, as KBR does –  this is invaluable. There’s nothing more frustrating for a writer than getting a rejection slip and not knowing why the work was rejected. How do you improve your writing if you don’t know what needs improving? (Naturally I understand the publishers’ position – they’re just too busy to give feedback on every submission – so it’s a Catch-22 in that respect.)
Of course, if you win or place in a competition, you can always keep that up your sleeve for submission cover letters and, as I’ve learned, all sorts of other opportunities can arise.
How did it feel to win for Where Do Odd Socks Go?
Actually, I was on a family holiday at the time and as internet access was unreliable, I hadn’t seen any of the lead-up hype – and consequently had no idea I was even on the short list. I do remember saying to my husband, 'The KBR comp must have been judged by now – I wonder who won?' I was standing behind him as he logged in to check emails. And then I saw it … the congratulations from Tania and the team … and I nearly fell over. Well, I didn’t need a holiday after that – I just floated around on Cloud Nine!
Your manuscript was sent to Walker Books, but since your win, you were approached by a publisher who asked to see some of your other work? How did that feel?
Yes, Walker is wonderful and I had high hopes for Odd Socks, although I’ve just been advised they’ve decided not to proceed. Ah, well, there’s always next time. And yes, as you say, I was approached by another publisher who asked to see some of my other work. That was an amazing feeling. After so many years of sending work out, I was actually invited to send work in – and had one of my manuscripts accepted. What a feeling!
How did you decide which manuscripts to show them?
That was tough. As you’d expect, I love all my manuscripts for different reasons. In the end, I decided on a selection which showcased my scope as a writer and illustrator, as well as being strong stories with great characters.

What did you do to celebrate your contract?
There are no words to describe it, which is a cruel irony for a writer! Elated, euphoric, dazzled and humbled come relatively close. I do know I was outside putting the washing on the line when I got the call that the publisher wanted to sign me. I talked quite composedly for about 20 minutes (during which time it started to rain), then I hung up the phone and promptly burst into tears. (I was wet through by then anyway, along with the washing!)
How did I celebrate? Well, I started by ringing my husband and four kids and crying all over again! That night David brought home the most enormous bouquet of red roses for me, and, as we were having friends over, the catch up turned into an impromptu celebratory dinner.
The whole experience was utterly surreal! Special thanks must go to Tania and the whole KBR team, without whom none of this would have come about. What an energetic, generous and uplifting group of people! I can’t thank them enough for hosting the award and believing so much in my work – especially considering the talent I was up against. It goes without saying that this inspired team not only inspired me, but changed my life. They’ve given me the gift of opportunity – what better gift to give?
Can you tell us a little about the book?
I’d love to! Anzac Ted is a story about the Anzac spirit, told a little unexpectedly through a boy’s unconditional love for his bear.

How much fun have you had illustrating this text?
It’s been exhilarating. I still can’t believe I’m illustrating my own book – only this time I have a deadline! I’ve loved the research involved – like checking the story behind the uniforms the soldiers wore, where they were stationed, field hospitals and living conditions, etc. Incorporating this detail into the illustrations has been a challenge, and so rewarding! Because the illustrations are watercolour, I’ve also had the opportunity to create some really beautiful, contrasting scenes, so I couldn’t have asked for a more perfect canvas.
When is the book out?
It’s due to hit shelves sometime after August, with a launch in November.

What's next for you?
I’ve partly written the sequel to Anzac Ted and have a YA novel I’d like to flesh out a little more. I also have a narrative non-fiction about being a kid in the '60s and '70s which could do with some tweaking – I just need more hours in the day. Ok, time to coax the cat off my desk and get to work!
Learn more about Belinda, and follow her exciting book news at belindalandsberry.com.
Share this article :
Share on FB Tweet Share on G+ Submit to Digg
Newer Post Older Post Home