Guest Post: Paula Weston on Writing a YA Series 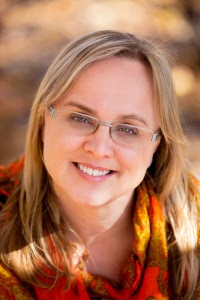 Kids' Book Review is delighted to welcome best-selling author Paula Weston to discuss her decision to write a YA series. The third book in Paula's popular The Rephaim series, Shimmer, has recently been published by Text Publishing.

If you want to spark a lively debate among readers of young adult fiction, ask them how they feel about books in a series. Some people love them (a chance to spend more time with characters they love!), some people hate them (can’t anyone tell a story in a single volume any more?)

I understand why some people get series fatigue (I’ve been there myself as a reader), particularly with speculative YA fiction, where just about every story comes in more than one instalment.

And it’s a big commitment if you’re reading a new series as it’s published: long waits between books, having to remember the plot, the characters, and who you should be caring about. Of course, discovering a series once it’s published and devouring it in one go can also diminish the experience, depending on the nature of the story.

For me, there has to be a good reason for a story to be told over multiple books. And yes, I’m writing a series, so let me explain why… 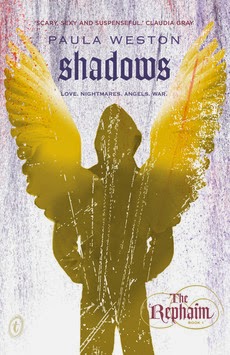 When I started writing Shadows – what would become the first book in The Rephaim series – I realised early on that I’d need to tell the story over a number of books because of the complexity of the story and how I wanted it to unfold for the reader.

I have a narrative character (Gaby) who discovers she’s not who she thinks she is and that she may have betrayed people she cared about – in a past she doesn’t remember. Some of those people start showing up and telling her things about herself that make no sense, including that the twin brother she’s been grieving for the past year might actually still be alive.

She discovers she’s one of the Rephaim and that she’s part of a fractured half-angel society. And it’s the rift between the two Rephaim groups (those still loyal to the fallen angel who raised them, and the self-imposed Outcasts) that lies at the heart of the mystery to her past.

As the series unfolds, there are multiple layers of story: who Gaby was ‘before’ and what she may or may not have done; the nature of her ‘real’ relationship with her brother (Jude), versus the one she actually remembers; the nature of her relationships with the rest of the Rephaim (especially Rafa); and the question of whether or not she wants to be that other version of herself again. And – the big one – what it all means.

To be able to tease out these elements takes time, even in a fast-paced story. Because the Rephaim series is told in first person, present tense, readers are learning things as Gaby does, in real time. And I wanted each discovery – each layer of the story – to change the way Gaby sees herself, the people around her, and her situation. Each book pushes her in a new direction, makes her question what she thinks she knows. 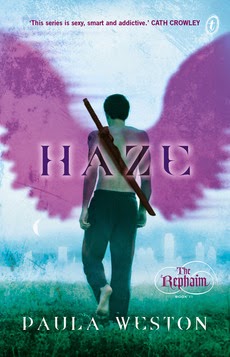 And while it’s taking me four books to tell the story the way I want to, the actual timeframe across the entire series is less than two weeks. In essence, it’s a single story told in four parts, with each book picking up where the last stops (albeit with some resolution – plus the occasional cliffhanger). The time lapse between Haze (#2) and Shimmer (#3) is about fifteen minutes. The time lapse between Shimmer and Burn (#4) is even less. (Burn is my current work in progress, due out next year.)


There are plenty of challenges when it comes to writing a series, particularly when you’re writing one book in the sequence while editing the previous one. Having a head in both books is great for continuity, but when your characters are growing and changing from book to book, it’s important not to lose that thread when jumping between the two.

I also have the challenge of bringing together all the plot threads I’ve created and providing answers to all the questions throughout the series. So, along the way I’ve needed to make sure I set everything up correctly (too late to go back and plant a seed once a book is in print!). I’m still in awe of what JK Rowling achieved across her seven Harry Potter books.

My aim is for readers to get to the end of the Rephaim series, know all the answers, and want to start reading it all over again with that knowledge, providing a different experience the second time around. 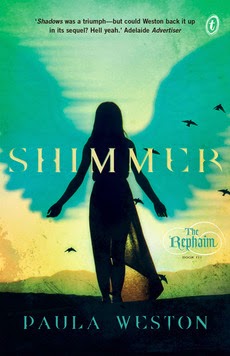 Paula Weston is an Australian author and journalist. There are currently three books in her YA series The Rephaim available, Shadows, Haze and the newly released Shimmer, all published by Text Publishing. The fourth book, Burn, is due to be published in 2015. Visit Paula's website for more information about her books and writing.
Share this article :
Share on FB Tweet Share on G+ Submit to Digg
Newer Post Older Post Home