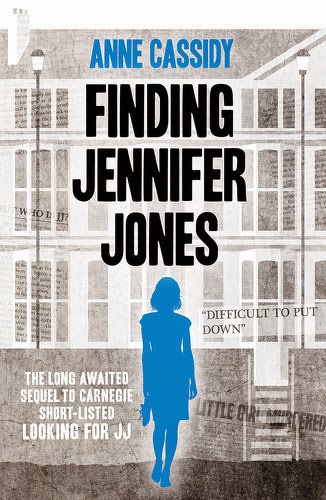 The long awaited sequel to the magnificent Looking for JJ is here. We learn what happened to Jennifer Jones, renamed after she was given a new identity and relocated to another place, when leaving a facility after six years for the manslaughter of her friend at ten years of age.

Now known as Kate, Jennifer has again been relocated after her discovery by an ambitious journalist. She is now nearly nineteen, at University, and dating on and off. Another child is murdered and her name is in the police files. She is not as well hidden as her probation officer led her to believe. The murderer is discovered but Kate’s cover is blown again.

What can a person do when there is nowhere to run? Secrets, hiding, and escape all revert to facing the truth as the only solution. Does Kate have the courage to take the one option left to her?

This stunning conclusion to a powerful and thought-provoking thriller forces the reader to reassess their opinions on people who commit atrocious crimes, in this case, the murder of a child by another child.

Anne Cassidy has created a perfectly balanced multi-sided and layered story that made me feel compassion for the character of Jennifer regardless of her actions. Why she killed, what brought her to that point, and who in the end is responsible, has been superbly dealt with by the author in this perfectly crafted novel.

Deeply moving and shocking at times, the sequel can be read alone, but reading Looking for JJ first will bring a continuity and completion to the whole story.