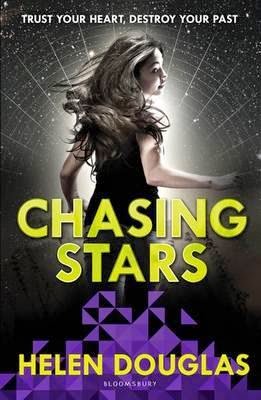 This sequel to After Eden picks up exactly where that book ended, cleverly reframing events so that readers are once again up to speed with the mind-bending implications of time travel for our heroes Eden and Ryan.

In one reality, Eden dies. In another reality — one in which Ryan defies the Guardians of Time, breaks the Temporal Laws, and returns to save her — Eden is rescued at the last second and once again reunited with Ryan. And that's where their problems start.

Such a violation of the Temporal Laws simply can't be tolerated, so a 'cleaner' is sent back from the future to clean up the 'time mess' Ryan and Eden have now created in the present. Which is how Eden ends up accompanying Ryan back (or should that be 'forwards'?) to 2123, and a very different Earth.

Ryan must stand trial for his time crimes and it soon becomes evident that he's the victim of rivalry between two of the powerful Guardians of Time: his father, Admiral Westland; and Admiral Wolfe, a fierce opponent of time travel and owner of the lucrative lunar mines. It's up to Eden to save Ryan, but in a world so different from the one she's left behind, she's going to need a fair amount of help from his friends and an awful lot of luck.

This is a fast-paced, enjoyable read. Eden is a girl anyone would want on their side. Fashions, foods, technology are all given a clever twist so that they're plausibly futuristic. But at the heart of the book are themes that have remained unchanged since storytelling began — loyalty, friendship, courage and love.