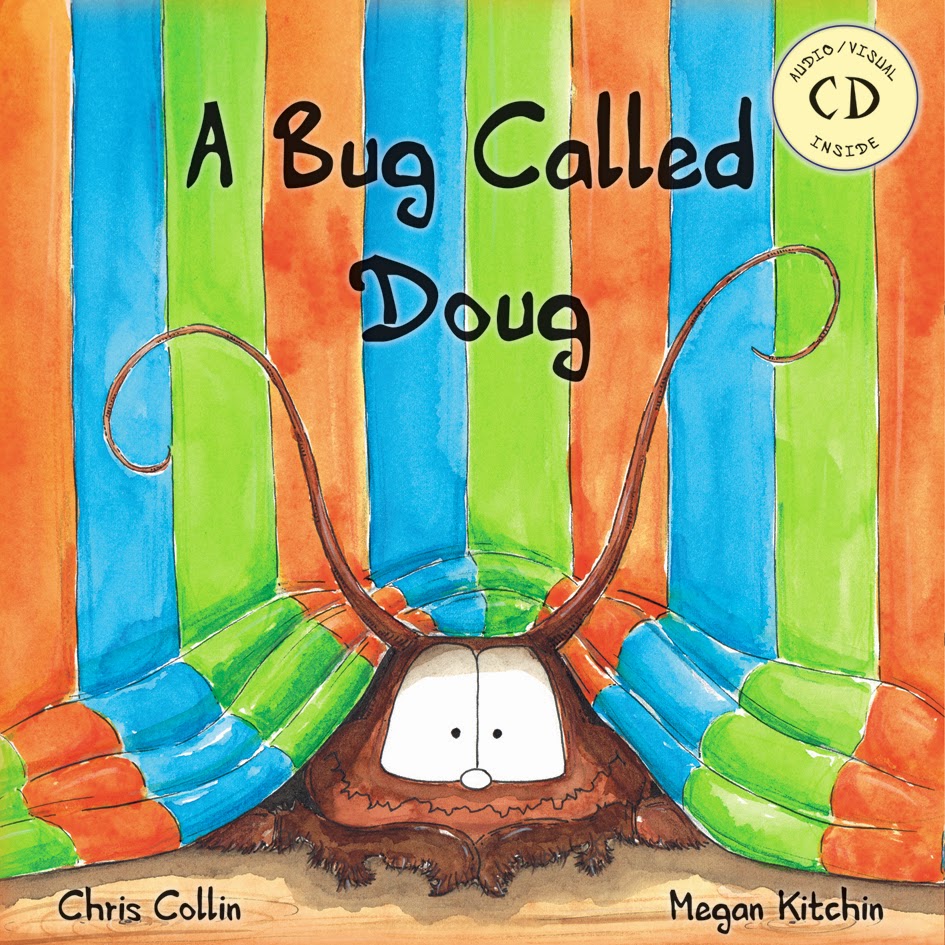 Chris Collin’s second book in rhyming verse, with music again by Adrian Hannan, continues in a similar format to his first book, Funky Chicken. It includes an audio/visual CD of the book with songs. The title song is a spunky, happy tune; trumpeting and powerful, full of repetition, which forces the listener/viewer to sing-along, no matter what age they are.

It is the way that the author calls attention to Australia’s native wildlife - in this instance, the Giant Burrowing Cockroach (something to admire not cringe at), that makes Chris Collin’s books special.

Drew’s eighth birthday is spent with his mate Mikey. They’re doing boy things in Drew’s room. While they’re mucking around and wrestling, they hear a voice from under the bed. They discover a cockroach such as they’ve never seen before.

Answering their cries, mum’s ready to ‘clobber the thing’. Sister Daisy is screaming and tearing at her hair. But the cockroach is shocked at their reaction and scrams into the garden shed, with the others hot on his heels.

Drew looks at the beetle carefully and discovers how beautiful it is; ‘colourful, gentle and not a bit scary’. He names him Doug.

Giving Doug a voice is a clever device. This voice channels information to children about himself and other Australian native wildlife; about the land and sea, our wonderful deserts and sands, the wombats and lizards and countless other Australian animals and insects.

This is another beautifully presented book, carefully designed to engage, interest and educate children about Australian wildlife. It makes children aware of protecting all living things, and helps them understand how things are seldom how they first appear. At the end there is a whole page of information about the Giant Burrowing Cockroach which will amaze.