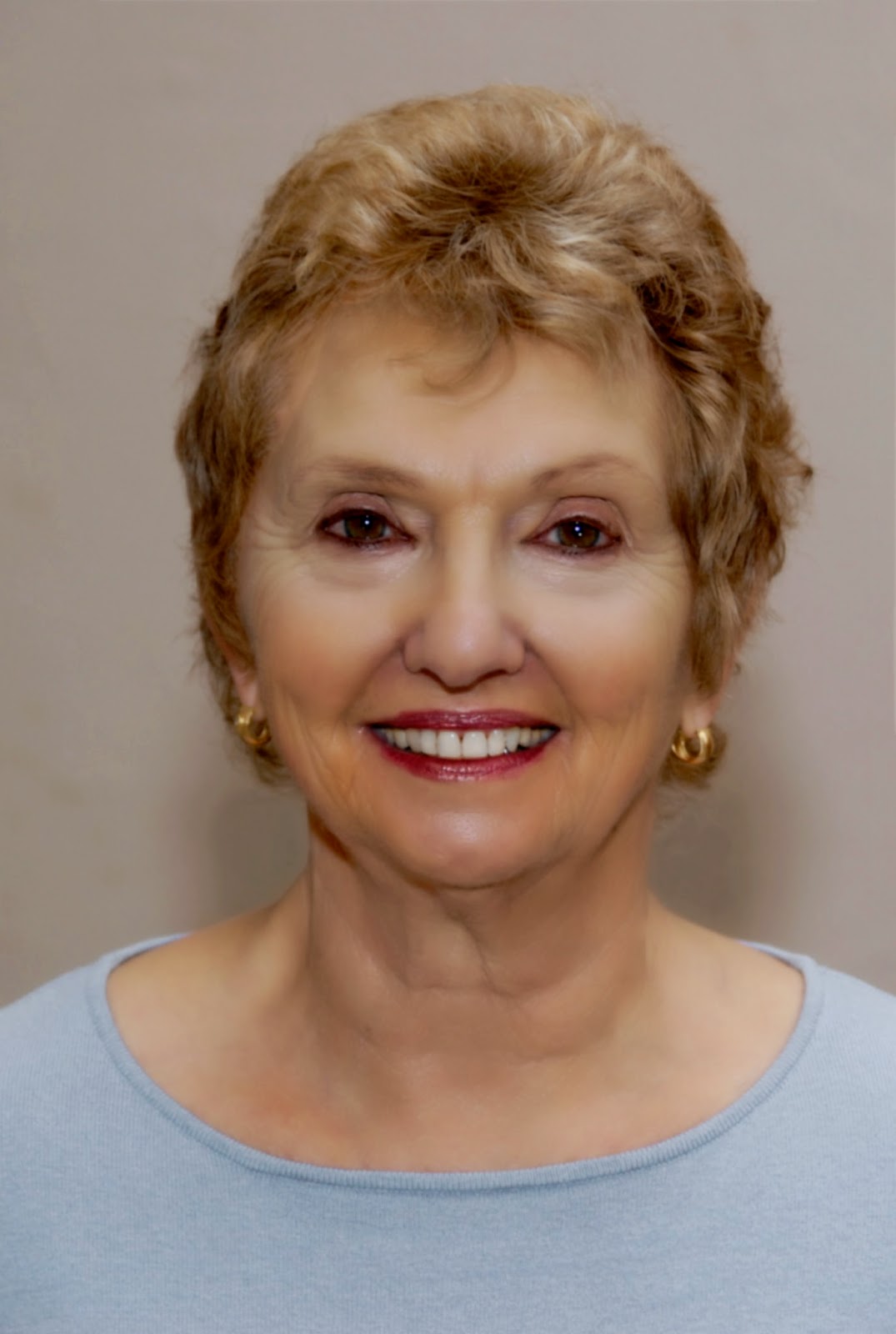 Kids’ Book Review is delighted to welcome Australian author Goldie Alexander to discuss the historical inspiration for her latest novel, That Stranger Next Door, published this month by Clan Destine Press.

In 1954, Melbourne is still reeling from WWII, the Cold War sees suspicions running high and the threat of communism and spies are imagined in every shadow.

15-year-old Ruth is trying to navigate her own path, despite her strict upbringing and the past that haunts her family. A path that she wishes could include 17-year-old Patrick, but this rich, Catholic boy is strictly off limits.  When a mysterious woman moves in next door in the dead of night, Ruth becomes convinced that she can be none other than Eva or Evdokia Petrov.

Could this Eva really be the most sought after woman in Australia? Will Ruth’s own clandestine meetings be discovered? And how does the Petrov Affair, as it became known, impact the life of one ordinary girl?

1954 seems a long way away. It was the height of the ‘Cold War’ between Communist countries and the West. In the United States, Senator McCarthy was using anti-communist laws to force academics, film producers, movie stars and writers to a senate hearing to ask if they ever belonged to the Communist Party and to name anyone who had gone to their meetings. Many writers, film directors and academics, lost jobs, family, and some even committed suicide.

We think of this time in Australia as barren and conservative... a time when Prime Minister Menzies ruled, the Queen visited us wearing pearls, England was Home, there was the Korean War, migrants being shunted into camps, the Snowy Mountain Scheme, the six o’clock swill, nuclear families, housewifery for women, and the coming of television. Politically, there was the Communist Referendum, the split in the Labour Party into ALP and DLP, and the infamous Petrov Affair.

When a rather insignificant Russian diplomat called Vladimir Petrov defected to Australia, in return promising to provide information about a Russian spy-ring, he ‘forgot’ to mention this to his wife. As Evdokia was pulled onto a plane in Darwin, she was rescued at the last minute by ASIO and hidden in a ‘safe house’. Of course this sent the media into a frenzy. Headlines everywhere.  At the time PM Menzies was also trying to bring in similar anti-communist legislation to the US, and thankfully, in this he was unsuccessful.

Yet the ‘Petrov Affair’ was used by the Liberal/Country Party Coalition to stay in power and split the labour party in two.  History can and does repeat itself. Those 1950’s‘anti-communist’ events can easily be translated into the ‘children overboard’ incident when John Howard used this incident to win back his position as prime minister.

Clever Ruth, her Jewish mother, father, 4-year-old brother Leon and her grandfather (Zieda) live above the family milk-bar in Melbourne’s Elwood. Ruth is a scholarship student at St. Margaret’s Girls’ College. Because Ruth’s father once belonged to the Communist Party, he fears that Menzies will use the ‘Petrov Affair’ to bring in anti-Communist legislation that will bring on another wave of anti-Semitism and thus harm his family.

When the next door flat is rented to a mysterious Russian called ‘Eva’, Ruth decides this ‘Eva’ can only be Evdokia Petrov.  The story opens with Eva moving in and Ruth meeting Catholic Patrick Sean O’Sullivan. It also happens that Patrick’s father is about to work for Bob Santamaria and the emerging DLP party. Patrick offers to teach Ruth to ride a bike at a time when some Jewish girls were never allowed to mix with gentile boys.

The mysterious Eva provides Ruth with an alibi for meeting Patrick, but only with the proviso that her presence also be kept secret. As Ruth rails against ‘how a good Jewish daughter should behave’, she is fascinated by Patrick’s totally different background. Interwoven is Eva’s voice retelling some of the horrors that happened to her in the last three decades.
Though many books have been written by the children of Holocaust survivors, I don’t think anything has come out about the after effects on those Jews who were here well before WW2 and their children, though repercussions echo through the decades. This is my account of what it was like to be a Jewish girl living in Melbourne, Australia in the mid 1950’s.

Though my parents emigrated long before World War 2 when the worst atrocities became known, I recall grownups whispering about these dreadful events as if they were something we should be ashamed of. Perhaps they were trying to save us from the horrors that were emerging. I recall as if was only yesterday, watching film of concentration camps being liberated and photos of children who didn’t survive. One little girl looked so much like me she could have been my twin.

When I am asked why I dare write about such events, all I can say is that writers must write about how certain events affected us, whether it be inside a disaster or how we deal with it later. None of us were immune, even if we couldn’t speak about them at the time. The facts were that we cared too much about them to dare discuss them. Worse still, we could nothing, except perhaps, to continue to remember and remind generations that follow. Holocausts are not unique to Jews. They happen all over the world. It is by placing stories into fiction that might give young readers more insight and tolerance.

The number of emigrants this country should accept is still a hot issue, and many of us reject other cultures and religions. As each wave of migrants has come into this country, they have had to face hate and bias until time sorted things out and they were eventually absorbed. Australia is one of the few countries to do so successfully and there seems no good reason why this shouldn’t continue.

Australian writers are sometimes chastised for writing about the past instead of the immediate present - as if only 21st Century problems are relevant. Nevertheless I agree with those who argue that ‘those who are ignorant of history are destined to repeat it’.  I should perhaps add that this story is pure fiction, though I did have a friend who lived above a milk-bar. 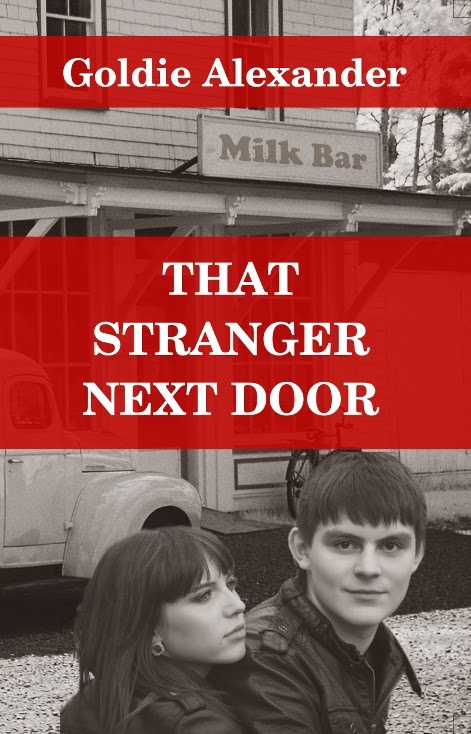 Goldie Alexander is an author of several books for children and adults across a variety of genres including science fiction, fantasy, mystery, non-fiction and short stories. Her latest book, That Stranger Next Door, published by Clan Destine Press, is a work of historical fiction for young adults set in 1950s Australia. Visit Goldie’s website for more information about her books and writing.
Share this article :
Share on FB Tweet Share on G+ Submit to Digg
Newer Post Older Post Home