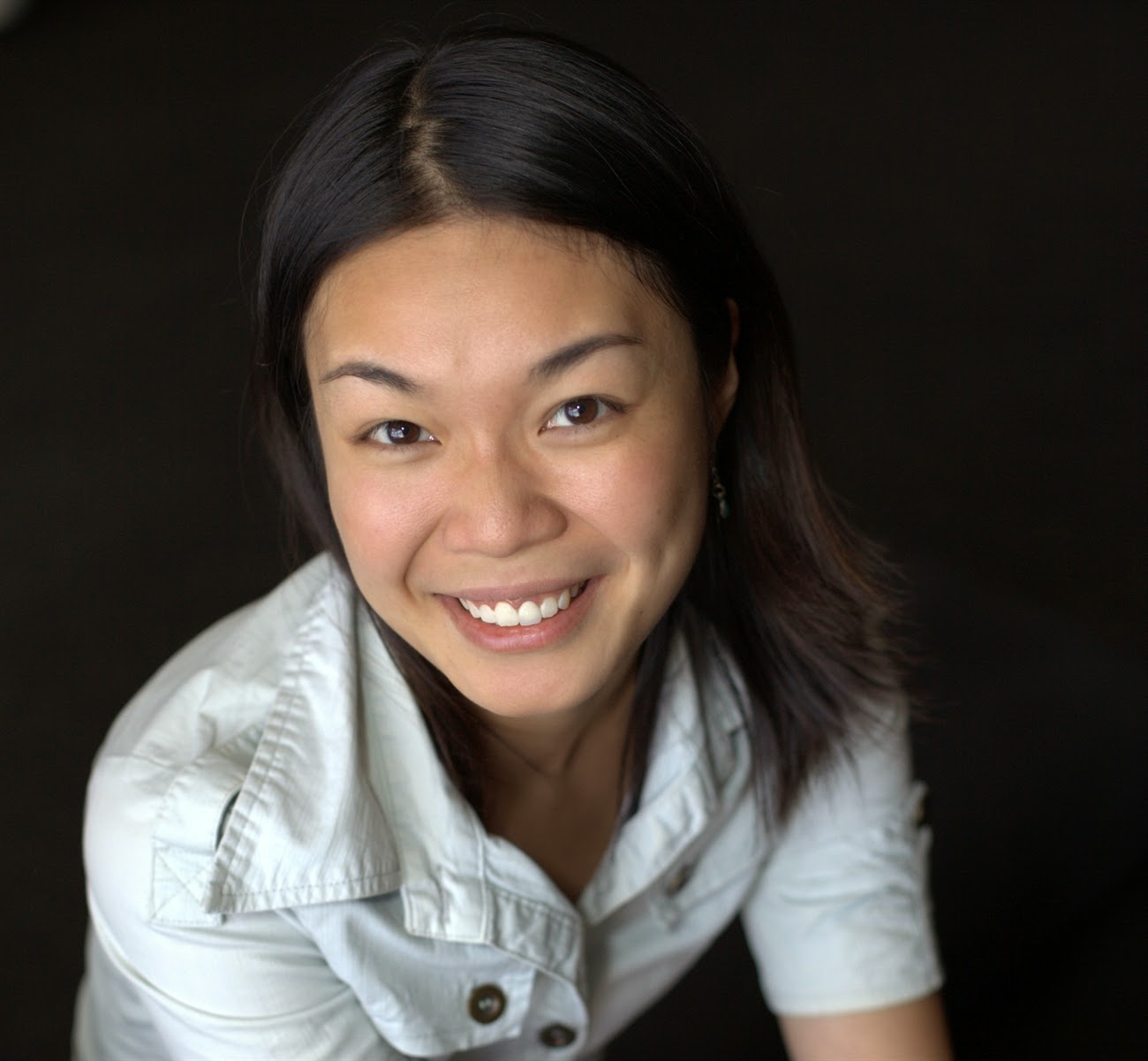 Kids' Book Review is delighted to welcome the lovely Wai Chim, author of the Chook Chook junior fiction series, to share her thoughts on diversity in children's books and the #WeNeedDiverseBooks campaign.

As a little girl growing up in New York, I had always gravitated towards books that featured Asian protagonists – heroes and heroines that ‘looked like me’. There weren’t many on the shelves but the ones that I found, I cherished deeply. Some of my favourites that I can recall: Ping, the beautiful tale of the cheeky little duck who gets into trouble,  Five Chinese Brothers, Tiki Tiki Tembo and a chapter book called Child of the Owl, which featured a spunky Chinese-American girl named Casey.

Fast forward some twenty years, and unfortunately, when it comes to multicultural titles for children, the shelves are still looking a little bare. Fortunately, book lovers all over the world are trying to change this, one tweet at a time.

#WeNeedDiverseBooks
Between 1 and 3 May 2014, storytellers, publishers and literature advocates from around the world came together to demand more representative writing in children’s books, in the form of a hashtag.

The campaign was sparked by the release of the programme for the popular BookCon readers’ convention that takes place in the US; the names included 30 writers, all-white, and Grumpy Cat. Over two days, the #weneeddiversebooks campaign generated over 64,000 tweets from readers and supporters calling for more diverse books – and the reasons they gave were compelling ones:

The social media campaign on Twitter and Tumblr featured authors Ellen Oh, Aisha Saeed and Chelsea Pitcher and was embraced by such literary rock stars as John Green, Jodi Picoult and more.

And the most promising part of this campaign was that it worked!

Straight away, the BookCon added a panel on Diverse Books to its line-up, including many of the organisers and best-selling authors whose works were well-known for featuring characters from diverse backgrounds. The title of the new panel: The World Agrees: #WeNeedDiverseBooks

A new generation of cultural stories
The campaign and subsequent BookCon panel kicked off a much-needed conversation in the children’s book market: where were the voices that represented our complete society? As we move towards a more globalised society that depends on deep inter-cultural connections, our spectrum of storytelling needs to follow suit. We won’t be able to forge meaningful relationships with our international neighbours if the only thing we know about them is what gets served up on a plate!

I’m happy to say that I don’t think Australia is doing too badly when it comes to our offering of multi-cultural texts. Just looking at this year’s CBCA short listed titles, we can see at least a few strong candidates for diverse voices, and even more so in the Notables lists – but one can always argue that more could be done.

But I don’t want to start a debate about what percentage of the pie should be what, and I’m not sure that’s the conversation that needs to be had. As lovers of literature, we’re more interested in story and content – the messages we’re delivering to the next generation of readers. Messages of embracing difference and acceptance are important, but as a ‘multicultural’ writer, I’m hoping we’ll be taking diverse stories to another level, where cultural stories and minority characters won’t be treated as ‘the other’.

One of the most common questions I get asked about my books, the ‘Chook Chook’ series, is: ‘do they call them chooks in China?’ I have to chuckle at that because I never quite know how to respond. (The answer I’ve settled on is ‘of course they would, because it’s such a cool word.’) But the question does illustrate a subconscious cultural divide, where there are books about ‘us’ and there are books about ‘the other’.

Throughout my writing process, I’ve focused less on how Mei was ‘a girl growing up in China’ and more on how Mei was a girl who loved her pets. I’m careful about my language, trying to make it sound as familiar as possible. The question is never ‘would a Chinese child say this?’; it’s ‘what would a child say?’

Today, stories set in other cultures are still classified as ‘multicultural’ books and their authors as ‘multicultural’ or ‘minority’ writers. The fundamental purposes of these stories are to introduce the unfamiliar to a primarily dominant Western audience.

But of course, looking at how Australian schools and young readers are broken down today, we realise that this is really not the case. Australia as a whole speaks over 260 languages and at least 16% of Australians speak another language at home. We are truly a multicultural nation and our wide range of demographics needs to be heard.

Hopefully, we’ll be adding many more voices to the mix and soon. For now, I’m glad there’s at least a hashtag to keep the conversation going.

Want to be a part of the movement? Tweet #weneeddiversebooks and why you want to see more diverse voices in children’s literature – our kids need to read them! 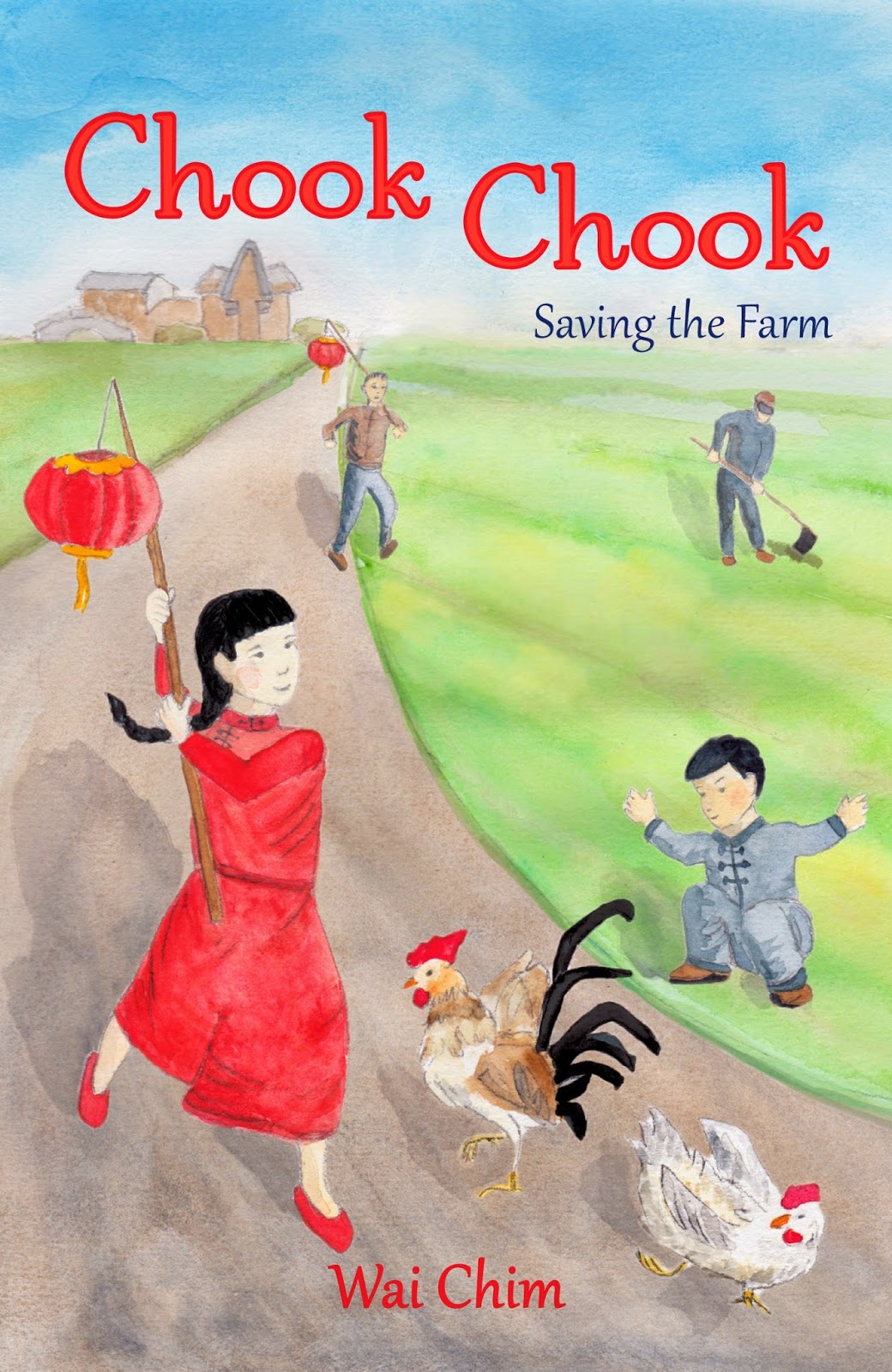 Wai Chim is a New York-born author living in Australia with a passion for writing and children's literature. Wai’s latest book Chook Chook: Saving the Farm, the final title in the ‘Chook Chook’ series, is published by UQP and is available now. Visit Wai's website for more information about her books and writing, including teaching resources for the Chook Chook books.
Share this article :
Share on FB Tweet Share on G+ Submit to Digg
Newer Post Older Post Home