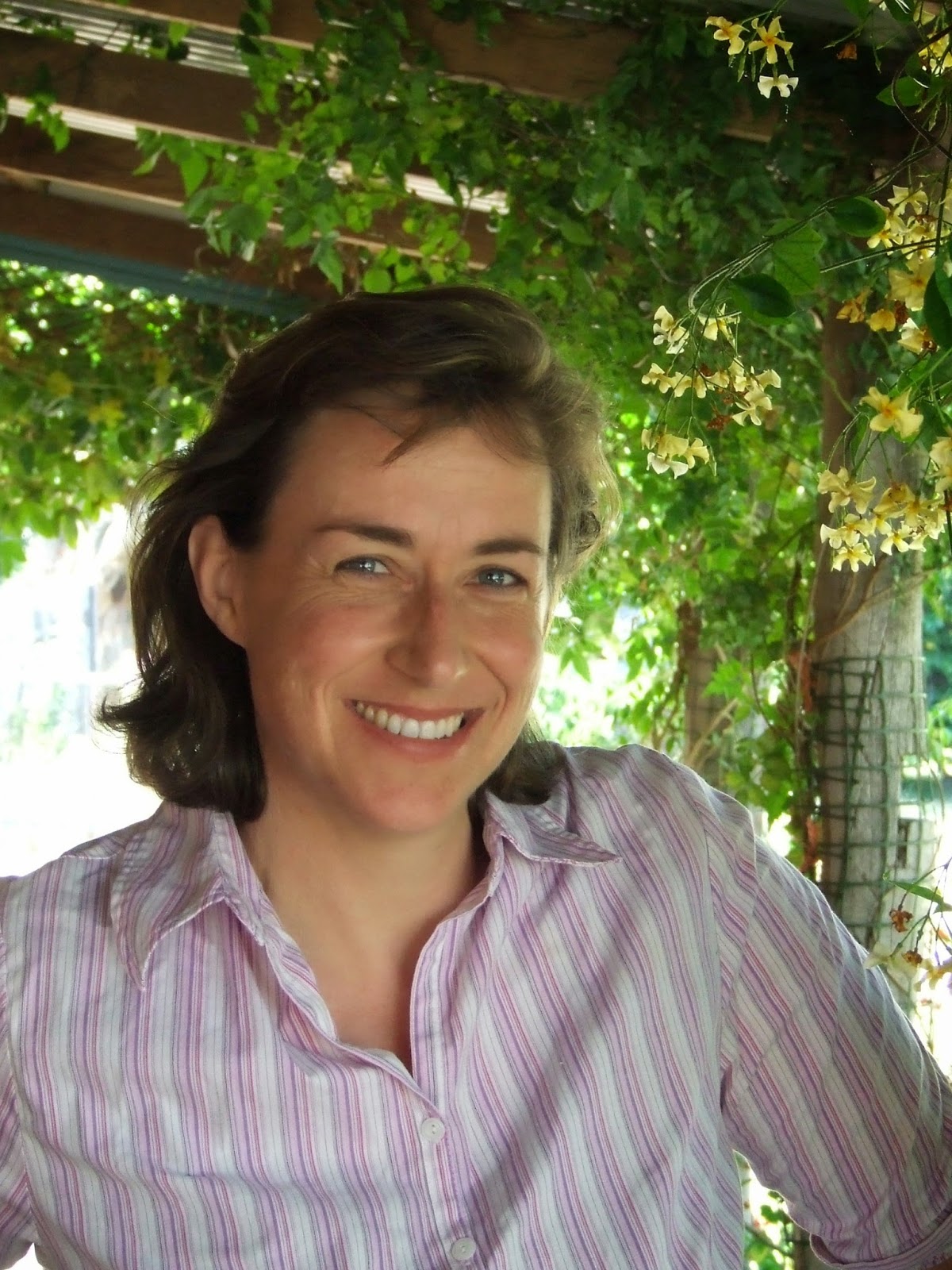 1. Tell us something hardly anyone knows about you.
I’m the person who can remember the lyrics of thousands of old songs and like to sing them on long trips in the car.  Before the days of Google, people would sometimes ring me up to settle arguments on song lyrics from the 70s and 80s.  Why they were having arguments about songs from 30 years ago…who knows?

2. What is your nickname?
I have a few, but I can’t tell you my childhood one because it’s my password for everything on the internet.  I used to get called Blondie as a very small kid, because I had such fair hair, but the nickname lasted well beyond the blondeness.

3. What is your greatest fear?
Having to watch the wild animals of the world gradually becoming extinct over the next fifty years, and trying to explain to the next generation how we let this happen.

4. Can you describe your writing style in ten words?
My voice telling you stories in front of the fire.

5. Tell us five positive words that describe you as a writer.
Curious heartfelt wry affectionate determined.

6. What book character would you be, and why?
This really IS a curly one!  I’ve been reading the Harry Potter books with my daughter, so how cool would it be to have magical powers and be him?  On the other hand, how fabulous would it be to have a chocolate factory?  I identify with so many characters that as I read, I almost feel like I AM them, anyway.  I love the heart of Scout, the narrator of To Kill a Mocking Bird.  I like to think she would have turned into a pretty good adult.

7. If you could time travel, what year would you go to and why?
I would like to travel throughout Europe as part of a circus or performing troupe during the Renaissance.  I just wrote the first thing that came into my head there, but the more I think about it, the more I like this idea.

I’d start in Italy in the mid 1400s so I’d get to meet people like Da Vinci and Michelangelo (and miss the Black Plague, obviously) then wander through the glories of the Renaissance until I fetched up in England in time for the Elizabethan era of the 15th and 16th centuries so I could hang out with Shakespeare and the gang.  I realize this would involve well over a century of time, but hey, if I’ve conquered time travel, I’ve obviously solved the problem of immortality as well.

8. What would your ten-year-old self say to you now?
How come you took so long to get around to everything?  Why didn’t you just jump in and get going early?  Why aren’t you living on a farm with five horses and ten dogs and a big art studio?

9. Who is your greatest influence?
My late father, Pete.  He taught me to measure everything I do based on personal integrity and a desire to make genuine connections with other people.  Aligning these life-philosophies with the gift of creativity has been like a compass in my life.

10. What/who made you start writing?
I don’t know.  The day just came when the cost of not doing it felt greater than the cost of doing it.  It’s hard to remember how and when we learn to take important risks – it doesn’t feel like a conscious decision at the time.

12. If you could only read one book for the rest of your life, what would it be?
Don’t do this to me.  I’ve already spent a night lying awake wondering which character I’d like to be in a book.

I want to duck this question and say, the more you read, the more you understand that all stories begin to merge miraculously into one big story, one big burning lighthouse of insight and connection.  All the books I still need to read and absorb feel like one big book, waiting for me.  Are the pages full or are they blank?  What is it waiting to show me?  How will it change me?  Will I be reading it in a library, on a beach, in an airport?  Will it move me to tears or laughter?  Just let me keep reading, and I’ll tell you at the end of my life how it all went. 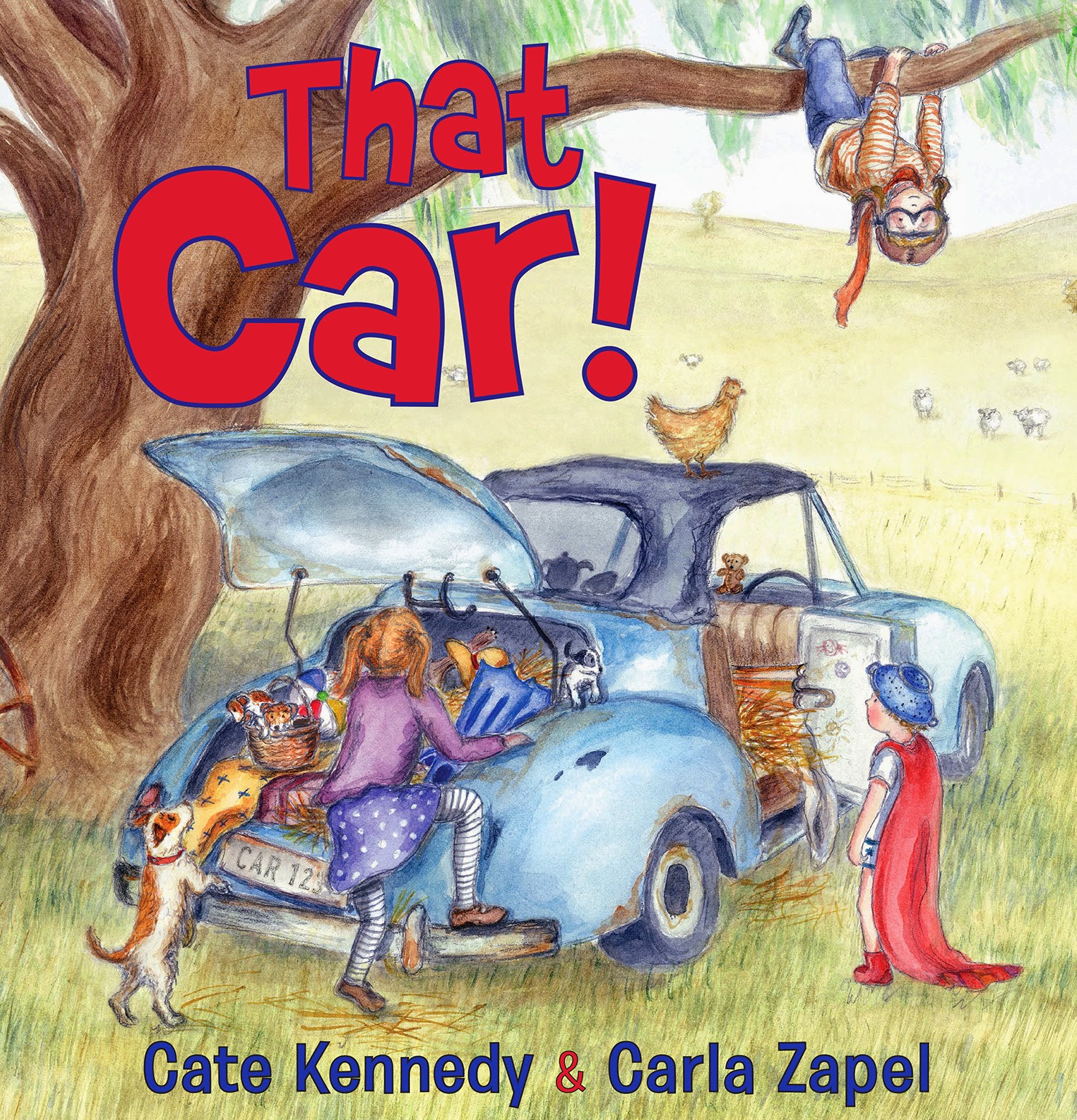 Cate Kennedy writes fiction, non-fiction and poetry and lives in rural Victoria. Her short story collection, Like a House on Fire (Scribe, 2012), won the 2013 Steele Rudd prize in the Queensland Literary Award and was shortlisted for the inaugural Stella Prize. That Car!, published by Allen & Unwin and illustrated by Carla Zapel, is her first book for children.
If you are an author or illustrator who thinks they are BRAVE enough to answer our questions,
OR if there is an author or illustrator you would like to hear from, LET US KNOW!
We will see if they are up to the task. Just email: susanATkids-bookreviewDOTcom
Share this article :
Share on FB Tweet Share on G+ Submit to Digg
Newer Post Older Post Home