KBR loves a book series that gets boys reading, and this fabulous fun collection from Michael Wagner will have them fully-engaged. Follow Maxx, Rexx and the Stone Valley Saints through a tough (and hilarious) season of soccer mayhem. 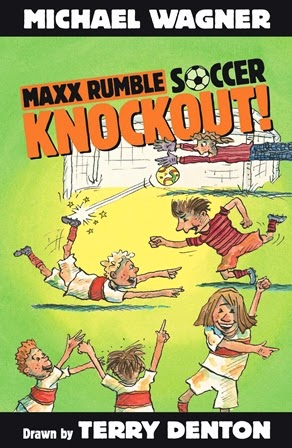 "Don t worry, Rexxy," I said. "The Giants just THINK they re smart. I bet they re even dumber than us!" "IMPOSSIBLE!" said Rexxy. Eight teams. Three weeks. One winner! That's the Soccer Knockout competition. And the Saints want to be that winner. But before they even reach the second round, they must beat a team of total geniuses! 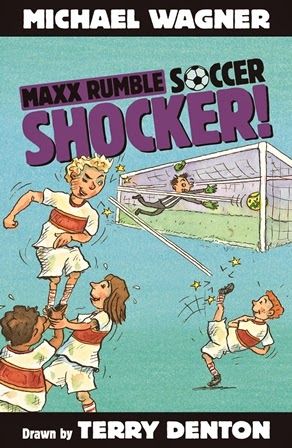 Lots of bad things had happened to me on the sporting field, but this was the worst. I never thought I d battle with my own brother! It's week two of the Soccer Knockout competition and the saints are up against the Outhouse Rodents. To have any chance, Maxx must beat his archrival, Ben "BOOFA" Booferson, and Rexxy simply has to stop falling in love with his opponent. 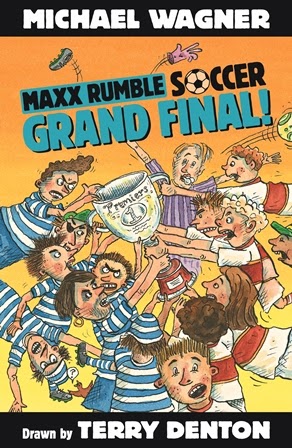 ...the crowd couldn't take it anymore. They jumped the fence! They surrounded the ref. They grabbed his whistle and threw it onto the ground. A granny pirate stomped on it! A toddler pirate punched it. Grand Finals are different. And the Soccer Knockout Grand Final is as different as it gets. Things go haywire! They go crazy! They go completely insane! And then they go REALLY weird! Can Maxx, Rexx and the Stone Valley Saints overcome the rottenest team in history, or is this where their Grand Final dream gets fed to the sharkies?

Maxx Rumble is published by Black Dog Books, and the books in this new Soccer series retail for $9.95 each.