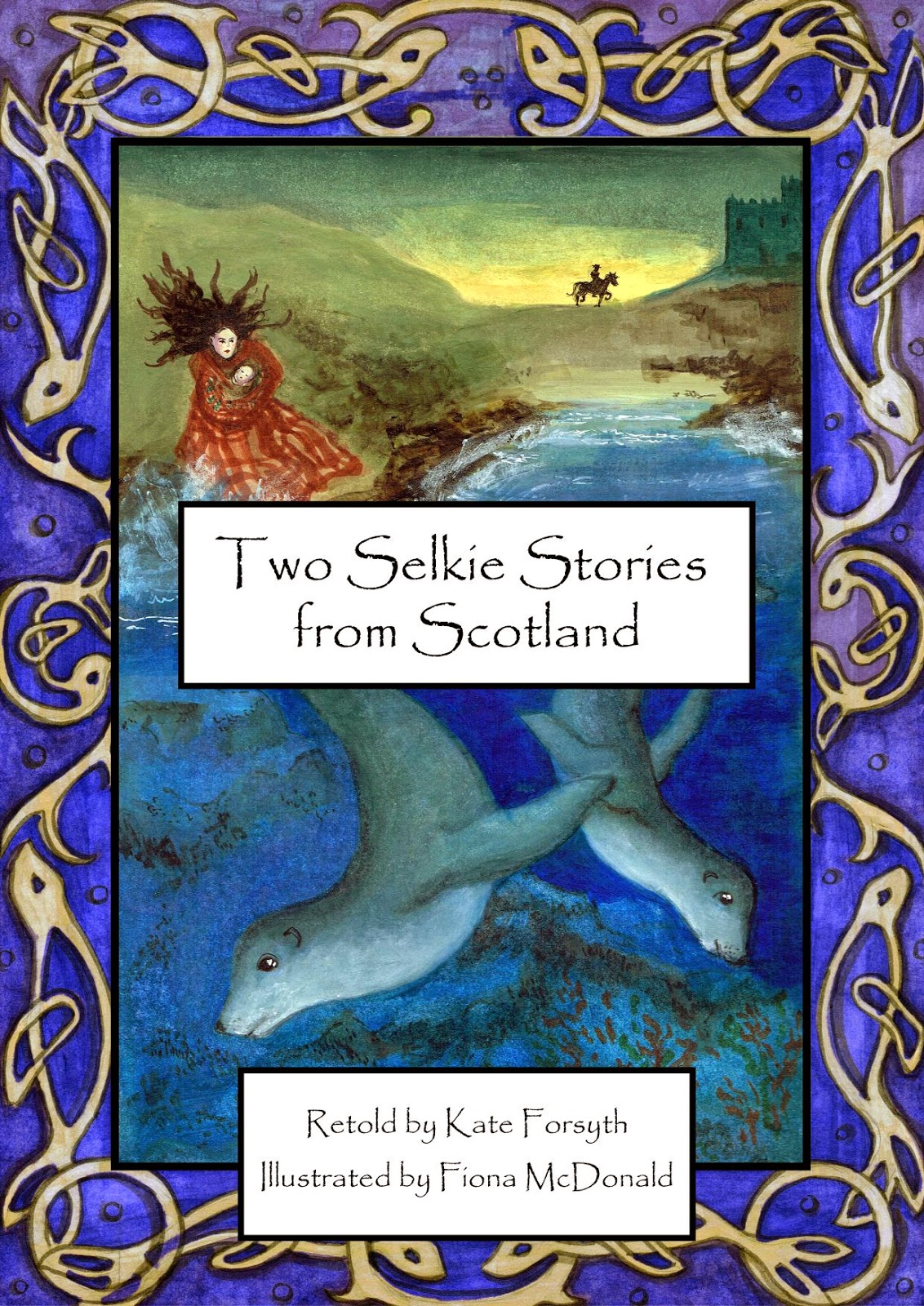 On May 1, Christmas Press is releasing its second title, Two Selkie Stories from Scotland, retold by Kate Forsyth and illustrated by Fiona McDonald.

In this book, two beautiful traditional Scottish fairy tales, The Selkie Bride and In the Kingdom of the Seals, are brought to enchanting and haunting new life by two creators who are themselves eerily linked to the magical world of the shape-shifting selkies.

Kate's ancestors were the McPhees, who, legend says, are descended from the union of Dougal McPhee and his melancholy selkie bride, while Fiona's McDonald ancestors, lairds of the Western Isles, have a strange connection to the McPhees as well, a connection she only discovered while working on the book! 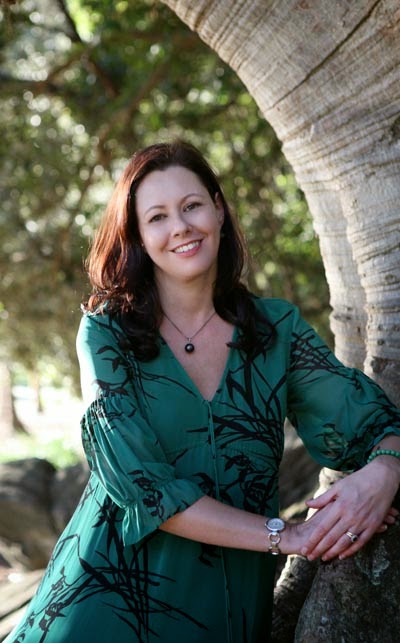 My grandmother’s grandmother was Scottish. Her name was Ellen Mackenzie and she grew up on the Black Isle in the Highlands of Scotland. Ellen’s mother was called Margaret McPhee, and as everyone in Scotland knows, the McPhee clan was descended from Selkies. The name McPhee is derived from an older version of the name MacDuffie, which comes from the Gaelic term MacDubhSithe, meaning ‘son of the dark fairy’. Family legend says that the first McPhee took a Selkie as a bride!

Ellen emigrated to Australia in the 1850s and, apart from some books and clothes and a sprig of heather, she brought a head stuffed full of old tales. She told these stories to her daughter Jinny, who told them to her daughters, Clarice, Gwen and Marjory (nicknamed Joy), and they – my great-aunts and grandmother - told them to me.

I always loved the tales of selkies, who were seals in the water and humans upon the land. It seemed the best of both worlds. I loved wondering if I had Selkie blood in me, and if one day I’d find the way to transform into a seal.

Like many Scottish fairy tales, ‘The Selkie Bride’ is full of love and loss, magic and mystery. I always loved that story, and wished that I had been born with Selkie blood so that I could swim through the waves with all the sleek grace of a seal, but still dance in the moonlight whenever I wanted.

A lesser known tale is ‘The Seal-Hunter and the Selkie’. A man who makes his living by slaughtering seals finds himself transformed into a Selkie for a night, and charged with the task of saving the life of one he has injured. He is overcome by remorse and promises to never kill a seal again. This was always one of my favourite tales, for I’ve never liked the idea of killing such beautiful creatures. It was also, I thought, more joyful and hopeful than many of the Selkie tales, which are often tragic, and so was a bright counterpoint to the melancholy feel of ‘The Selkie Bride’.

I loved retelling these two old tales, and tried to recapture some of the lilt of my grandmother and great-aunts’ voices in the story’s cadences and rhythm. They are stories I will love to tell aloud. 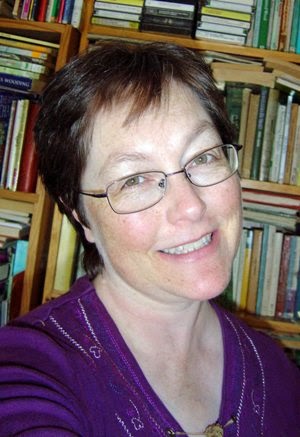 My father’s family came out from Scotland in the mid 19th century as free settlers. Even though that was over 150 years ago the family still think of themselves as fierce, freedom fighting Highlanders.

I have always loved fairy and folk tales, particularly Celtic ones and was very keen to illustrate Kate’s wonderful re-telling.

When I discovered the story behind Kate’s family and the link with the Selkie bride, I decided to do a bit more digging and found that the McPhee clan and the McDonalds were connected. Unfortunately, it was not always in friendly circumstances. There were times when the clans united against a common foe and then there were other times when each tried to take over the other’s lands. At one point, it seems a McPhee became an estate manager to one of the McDonalds but he mismanaged the estate so badly he was subsequently executed for it.

The history of the Highlands is complicated but fascinating and when it gets involved with the Seelie court (good fairies) and the Unseelie court (bad fairies), there is never time for boredom.

I love illustrated books, particularly those from the early 20th century: Arthur Rackham, Edmund Dulac and E.H. Shepard. I also enjoy illustrations from the 1950s and 60s. With the Selkie Stories I wanted to evoke the cold, bleak but beautiful northern Scottish islands while maintaining a realistic style with detail and movement in the watercolour paintings and pen-and-ink drawings.

Two Selkie Stories from Scotland will be launched twice: first in the home region of Christmas Press, New England, on Saturday May 10, 4pm, at Granny Fi's Toy Cupboard in Uralla, www.grannyfi.com, and then in Sydney on Wednesday May 21, 6pm, at Berkelouw Books, Balgowlah. Kate and Fiona will be in attendance at both launches to sign books. All welcome. See www.christmaspresspicturebooks.com for more.
Share this article :
Share on FB Tweet Share on G+ Submit to Digg
Newer Post Older Post Home