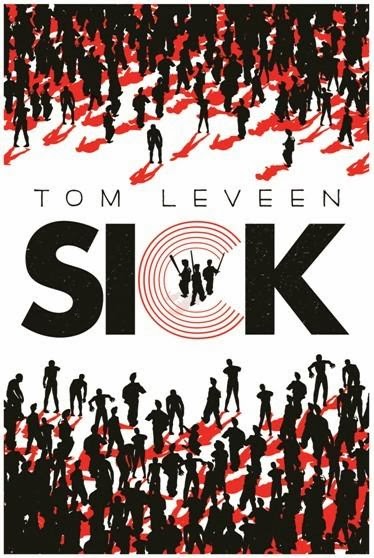 Brian isn't a model student and he has no problems skipping class with his friend Chad. He's recently broken up with his girlfriend Laura — she has anxiety issues that he found difficult to handle — but he thinks about her all the time. And he's fiercely protective of his younger sister, Kenzie, who's in remission from leukaemia. All in all, he's your typical teenager: complicated!

But today is not a typical day at Phoenix Metro High School. Kids seem to be going crazy, attacking each other, biting each other, gnawing on each other. Their skin is changing, becoming crystalline. They can't stand up straight, instead shuffling along the ground like … well, like zombies.

At this point you'd be forgiven for thinking this is just another zombie horror story. It's not. While it's certainly not for the faint-hearted — there is a stomach-churning level of graphic gore — Sick is a gripping read that has much to offer on several levels.

To start with, the affected are not zombies. Their behaviour is the result of a disease that first appeared in a nearby town but which is now spreading rapidly. Emergency services are overrun. Communications are down. The population is panicking, trying to flee. The government is slow to respond. This is a scenario that we've seen before, in real-life disaster situations such as Hurricane Katrina.

Secondly, Brian is a guy you can't help but like. He's worried about his mother. He's desperate to find his ex-girlfriend and sister. He wants to save his friends. As he, Chad and the others he finds himself trapped with plan their escape, I found myself willing them to succeed. Despite being terrified, they display a courage and ingenuity that I can only hope I'd be able to emulate in a crisis situation.

The conclusion defies horror stereotypes too. Loose ends are not neatly tied up. Instead, we're left wondering, questioning.

Well-written and cleverly constructed, Sick is a horror story with heart.