Interview: Catherine Jinks and her City of Orphans 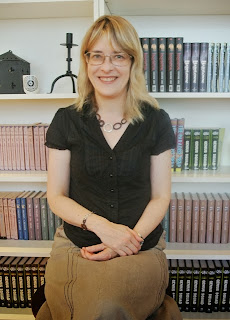 KBR is delighted to welcome gifted author Catherine Jinks, who spoke with Anastasia Gonis about her City of Orphans trilogy, what inspired her, and how she researched and created the story. Fellow writers will also delight in Catherine's writing processes!

What or who inspired City of Orphans?

I first had the idea for A Very Unusual Pursuit when I was thinking about one basic problem you always have when writing for what the Americans call 'middle-grade' children; namely, the fact that primary-school kids these days tend to lead very circumscribed lives, at least in the western world.

Their economic importance is quite indirect – because they're largely consumers, rather than producers – and you don't see them hanging out in public much, except on weekends.

I was trying to think of a setting where children were central to the economy, and I ended up in the Victorian era, when children were everywhere – selling things, stealing things, sweeping streets and chimneys, working as apprentices and factory-hands, begging, performing … the lot.

It's easier to write about kids having adventures when they're running around doing pretty much everything an adult would do.

The idea of a bogler came to me when I was reflecting on all the door-to-door jobs you could do in the nineteenth century – like knife-grinding and chair-mending and chimney-sweeping. It suddenly occurred to me: why not have a door-to-door monster killer?

It's obvious that a tremendous amount of research went into this work. How did you choose the early 1870s for the book's setting?

I think I originally chose the period because of the emergence of a kind of scientific interest in English folklore that happened around the time (the English Folklore Society was founded in 1878).

But it soon became apparent that during the same period, London was undergoing a tremendous amount of technological upheaval – what with the new underground railway, the completion of Balzegette's sewage system, the Post Office's pneumatic railway, and so forth. And the shift from the old magical world to the new scientific world is a major theme of the trilogy.

How long did your research take, what areas did you focus on specifically and how did you build the story?

I did research for each book individually, and I mostly used the Internet. It's amazing what you can find out about Victorian London on the Internet; perhaps it has something to do with the popularity of Sherlock Holmes and Jack the Ripper. There are maps of old London, timetables for omnibus lines, details of railway stations, photographs, Old Bailey records … you name it.

I usually spent several weeks doing research before I drew up a synopsis for each book, and after that I would sometimes have to pause and do more research while I was actually writing.

I didn't focus on any specific area because novelists have to cover the lot: architecture, clothes, slang, food, transport, law and order – everything. I simply went wherever my story took me. Having been brought up on E. Nesbit and Sherlock Holmes, I was already pretty well versed in Victoriana, so I wasn't starting with a blank slate. It was a kind of 'join-the-dots' exercise.

I enjoy research, though. I can spend days immersed in it. After researching A Very Peculiar Plague, I felt as if I'd spent weeks hanging around the Old Bailey, poking about in crypts and cellars. It was great.

There are a great many sub-stories flowing through your work. From where did your ideas originate and were the backstories pre-planned or were they born as you wrote?

I always plan. I do a lot of planning – almost as much as a screenwriter. Minor details can emerge when I'm actually writing a book, but the plot rarely deviates from my original synopsis which can be thirty pages long. I find that a well-developed synopsis saves me from writer's block. If you put most of your work into the early stages of a book, you don't lose your way when you're three-quarters through it, and starting to get tired.

Backstory ideas for the trilogy tended to originate from research I did into the main plot. Just looking at a map of the Newgate area showed me that Smithfield meat markets were nearby … and hey presto, you've got a wicked butcher.

All your characters are outstanding, even the bad ones. Did you create a life for each character and adhere to that, and if so, did you base them on any real people discovered through your research?

There's no point putting a lot of backstory into minor characters. Minor characters aren't meant to outshine major characters; they're only supposed to be filling up the background, like spear carriers. So, no – I don't create a life for every character. My minor characters get the attention they deserve: a name, a job, a few distinctive features, and maybe an accent.

Sometimes my characters have elements in them that I've taken from real people – or from actors in movies (are they real people, or not?) but as most writers will tell you, they're usually amalgamations, comprising multiple characteristics from all kinds of sources. Alfred, for example, is drawn from Fagin, Gandalf, Higgins from Elizabeth Gaskell's North and South, and the character Teardrop from the movie Winter's Bone.

Which method (if any) did you use to record your characters lives: cards, files, scrapbook etc?

Major characters get a lot of notes, typed out in a computer document called 'notes'. Sometimes I might actually draw the characters in a sketchpad. But I have to admit, after twenty-five years on the job, I can hold a lot of this stuff in my head. I know my characters. I can see them in my mind's eye. And I don't have to write down that they have brown or black hair because they're constantly walking around in my imagination.

Did you lead your characters through the story, or did you find they took you in a different direction from the one you'd originally mapped out for them?

Occasionally a character can change my direction a little, because of various quirks and traits that have accumulated to the point where you realise that, over the course of several chapters, you've fleshed out a character that's slightly different from the one you originally envisaged. But I never end up with someone who re-directs the whole plot. Not anymore. My control's too tight for that.

Do you have a preference when choosing a theme? If not, how do the ideas for your novels come to you?

I don't choose themes. I choose stories. Then I look for a theme within the story and make sure I keep it at the forefront of my mind.

Most of the stories I choose these days are full of high-concept, internationally appealing ideas, because it's hard to make a living unless you can sell your books overseas. I've had a few ideas lately that I've had to put on the backburner, owing to the fact that they're very, very Australian, and probably wouldn't have a broad appeal.

And if that sounds appalling – well, it is. But a girl has to eat. 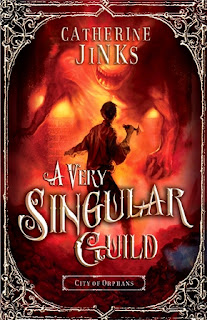 What are you currently working on?

I've just started another middle-grade book, but it's so early on in the process that I don't want to talk about it yet.